Grand Alliance Early Access and How to Battle on?

Grand Alliance is a mobile game published by Crunchyroll's in series of action features. It has an RPG feature included with it and a combat system with full amazing animations and Players have to follow the journey of princess Amelia to her throne.

The plot of the game is explaining an invade of the empire Alcyon. As this game is a role-playing game, you have to follow the characters in the game separately to go for their ambitions. 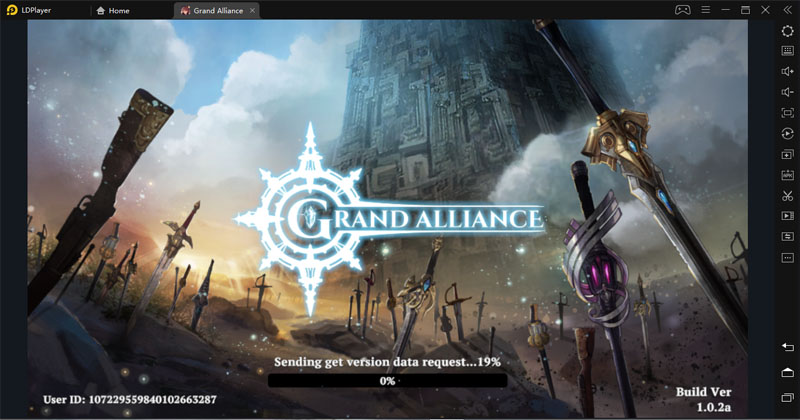 Grand Alliance can be initially explained as an anime-style role-playing game that takes place in the age of the Industrial age fantasy world. This world is at a close of war due to the invading of the tyrant traitor. Tyrant traitor has taken over the empire Alcyon and separated the five noble houses.

The houses once acted as a unit of the alliance, but now they are separated. So princess Amelia who is the one last surviving heir to the throne, currently seeking the control of her right for the kingdom and her ambition is to reunite the five noble houses.

The Empire Alcyon is under the rule of the Ravensburg Dynasty for a long time for once. So in that era, a peaceful environment has happened among five noble houses.

But after the tyrant traitor take over the empire, the peace between these houses has turned into a power struggle. So basically it has converted into a war, rebellion, and backstabbing for the destruction of the Alcyon.

Ravensburg's family has rule the kingdom before the invade happens, and they ruled the nation from territories and the imperial capital around the empire.

The power has made this rule of the five noble houses as Beaufort, Ryujin Clan, House Courcillon Akhan Dominion, and the Kazimovan Grand Duchy. So the power of the empire is always under the guidance of these noble houses. 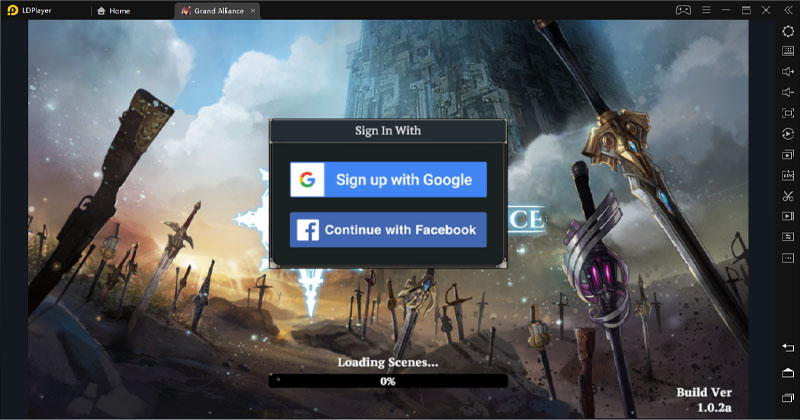 Ravensburg's family has ruled the kingdom for a long time without any struggle before the tyrant traitor. Now that peace has broken. So here is the battle begin.

You can select up to three heroes in the battle. You can even select who is the leader of the team. Their combat power is indicated at the bottom of the icon, and you can manage your hero in the manage button.

There you can adjust your hero's weapon, Boots, and even accessories. Give them experiences by clicking the experience ticket. Tier up also can do to your hero to upgrade their skills.

Get extra stars by clicking potential. The potential slot is allowing your hero to earn some random stat bonuses. These stat bonuses are given when they are leveling up. So select a slot in there to view its potential stats, and these can be unlocked. 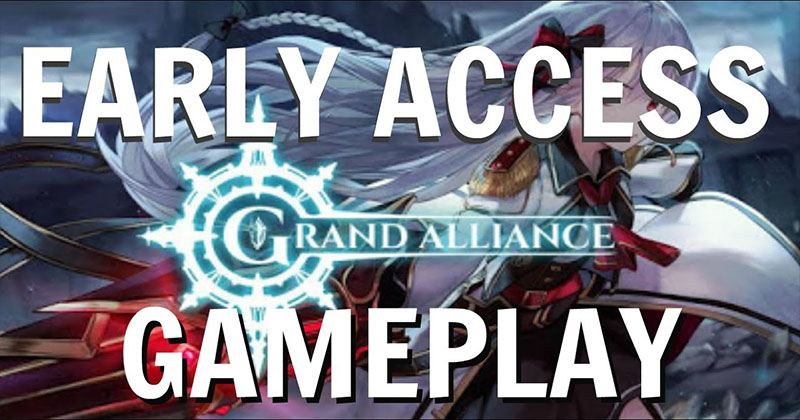 Also, you can enhance your heroes by clicking the enhance button in Grand Alliance with a Hildegard token. Each of the enhancement levels will increase your base HP, damage, and the Armor by 5%.

Heroes have a different skin color. If you don't like your hero's skin color, then you can change it by clicking the "Skin". In the Grand Alliance, you can equip the unequip skills.

That is a unique trait in this game, and skills are something like equipment in here. You can even equip the skills too so that you can make your character or heroes into more robust and unique.

Even these skills have a high tier up-skill, the higher the tier skill more the power you are going to be. And then your heroes will perform more effectively on the battlefield. Make sure to interact with all the possible reward items in the game while you are playing.

In the grand alliance, even if you do not perform any action or movements in attacks, your characters may auto perform the primary attacks.

How to Battle on in Grand Alliance?

When you play on this game, you should know that this game has a real-time battling system and it's you the one who controls the battling field. To maintain the battlefield, your players have to use three heroes.

Three heroes are using in here because you battle in an isometric battlefield with the enemies. You can drag the skills and drop them to defend your enemies and turn the luck of the battle for yourself.

To battle effectively, you have to develop timing skills and movement skills. The right kind of moving and timing skill can make the direction of the battle to a whole new level.

As the player, you should know that each noble house owns a color for their selves. Ravensburg family has ruled the empire by controlling the spire Alcyon, which has a mine of crystals.

This crystal's power gains you the magic and industry all over the world. Crystals are included with power and wealth & Noble houses have different traits like skills, designs, and cultures. They offer great strength to the empire to avoid dangers.

The setting is called a fantasy world which is mixed with technology, magic, and steampunk. Human civilization happens from the power of Mana & Arcane mining crystals collect Mana. 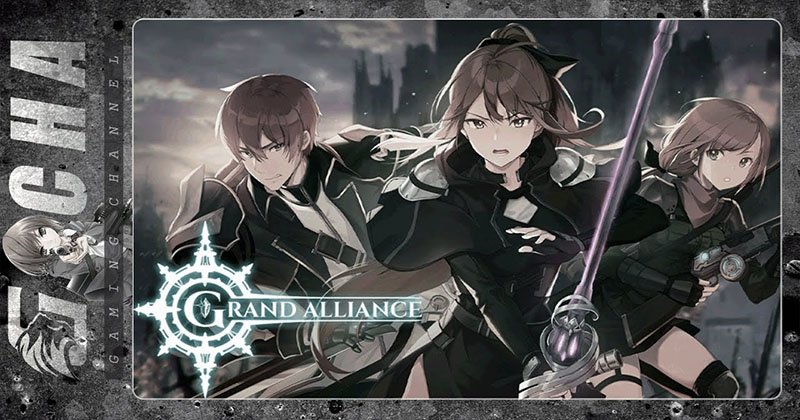 Mysterious crystals are found among great spires snd they are transformed into gas to generate power. Throughout the gameplay, you have to develop a certain amount of skills to perform in best.

There are some basic things to know about battling in the Grand Alliance as follows.

Your play style and your abilities are depending on the skills. Heroes are customized into a range of ow vital equipment. So you have to maintain a unique playstyle throughout the game.

To battle in advance, you have to mix your team with different classes. Every class holds a different kind of skills. So incorporating and matching them up with several courses can help you to grow within the battlefield.

Grand Alliance game conducts a squad-based RPG. So that feature lets players control a team consist of three heroes. The heroes have to clear the dungeons and battle in combat that exist in real-time.

On the battlefield, the team of the squad can move freely, and the stages do not control them. Remember that point in your mind and take full advantage of it while playing.

As a player in Grand Alliance, you have to remember that playing the arena will give you a definite chance in the gaming battle. You have to compete among other players to test your skills.

And that will prove who the strongest hero in Grand Arena is. Bring about nine heroes and come with an excellent strategy method to win a battle in the Grand Alliance.

Grand Alliance is a real anime-style game with RPG features to deal in a higher combat system where you help in the journey to the heir of Princess Amelia.

The journey for her birthright is not that easy, and it has many obstacles to it. She has to deal with so many enemies to reunite her kingdom with peace and prosperity again. So join in the Empire Alcyon to become a strong kingdom also by battling the best fights.

Grand Alliance Tips for Beginners and How to summon the Louise Banner? Grand Alliance Tips for Beginners and How to summon the Louise Banner?