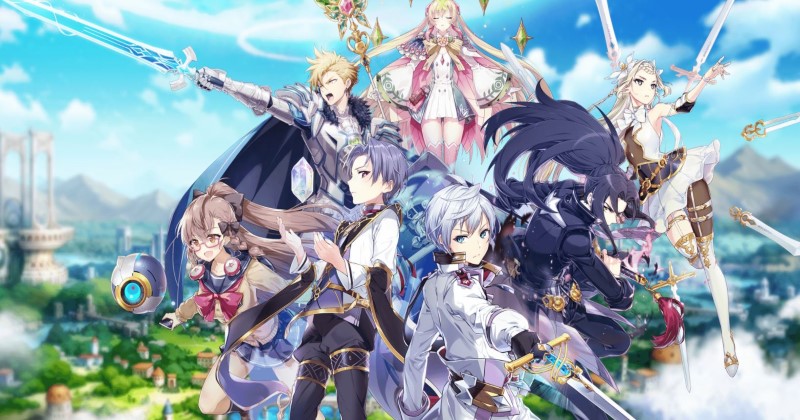 Epic Seven is a Role-Playing Game developed by Smilegate Megaport. The game is known for its unique characters while also having quite a vast and engaging story. Moreover, with unique plotlines and 2D animations alongside dedicated PvP arenas, you can enjoy hours of fun while also dedicating yourself to Epic Seven’s lore.

As the developers have put in love and effort in the game, new additions like Pets are a welcome feature as they make the late game much better.

Pets are a generally used pervasive feature of Epic Seven. They provide the player a passive boost to flash farming and farming and general with a few Quality-of-Life features here and there. Do note that they give no combat advantage whatsoever. While they may seem like a considerable investment, especially in the early game, they do end up paying off quite a bit in the long run.

After the newest update, you can find all Pet-Related items in a new tab in the shop. Pets themselves have their specialized inventory, with each having 30 starting slots and having a maximum cap of about 100. After every expansion of your pet, you get five slots, which cost about 50 sky stones. You can currently get only 55 adoption tickets for pets, which cost 5.5 million gold a week from the shop.  When it comes to ranking, you want to go for a pet that has a higher ranking. 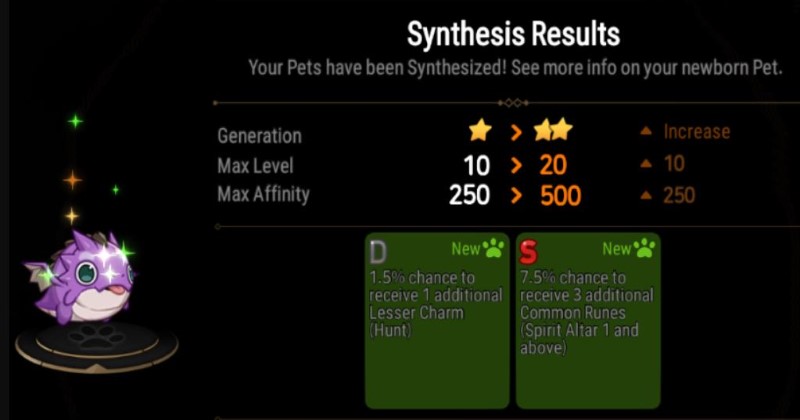 As evident by its name, an S-ranked pet is the highest-ranked pet, while a D ranked pet is the worst. We recommend that you keep all S ranked pets with unique skills as they can be useful in certain niche situations. To increase a Pet's XP, you need to use other pets of the same level to enhance the material. They do not level up whether you use them in combat or not.

After you play with your pet and use about 300 stigma, you can increase their Affinity towards you. Save toys for a powerful pet and use it on them as the only one that can be used one day. If you place your pets in your house, there is no real advantage other than aesthetics and the fact that they can be easier to find in the clutter.

In Epic Seven, there are various types of pets, each unique providing bonuses tied to one particular mode. Here is a brief description of all the ones you should know about.

Battle Pets have special skills and buffs that allow you to get better rewards for the Adventure, Side Story, Hunt, and Spirit Altar game mode. For example, a one-star Boo battle pet receives a 6.75% chance to double the number of rewards you get in Adventure / Sidestory game modes. The better the pet, the better the boost.

Generally, most Battle Pets provide you with boosts like these. As a bonus, they also open all chests/statues for free when you use snacks on auto-repeat.

Lobby pets can only be placed on an empty stool in taverns. They always have active skill effects and are still considered as the active lobby pet in most cases. Here are some of the rewards they provide every 24 hours when you tap on them.

Your Lobby Pet's skill and reward rank increase the higher their rarity is. Moreover, the more the Affinity, the greater your chance of getting better rewards. As can be seen, the return on a Pet is quite insane if you have good RNG on your side. 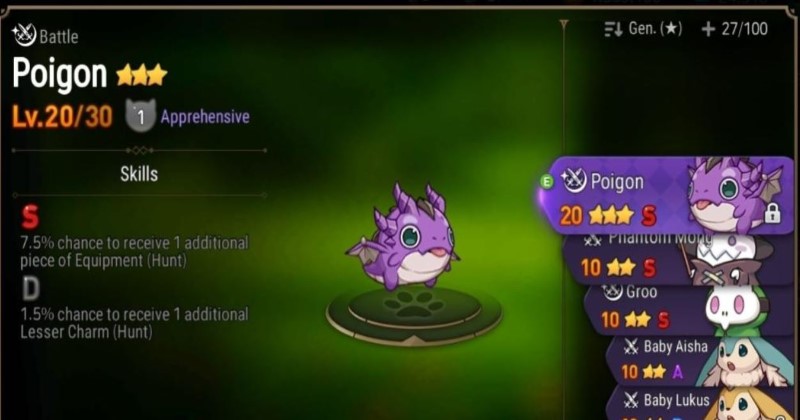 Since you can tap on them every 24 hours, you do have a good chance of getting something worthwhile out of the Lobby every other day, at least, which leads them to be quite excellent investments in the long run.

When you inherit additional skills with pets, they carry over when you synthesize them. You need to have one pet that must be of max level to synthesize with them. It does not matter what particular pet it is. You can also change and carry over their abilities, skills, and appearance. It does not matter which one is maxed. You can also rename pets with stigma after synthesis.

As you synthesize pets, it uses your rank. The skill level cannot be changed. So, we recommend focusing on only getting S Rank kills alone as they let you upgrade your pets.

Try to only get S-Rank skills. While they are much rarer, you can still work for them; therefore, saving for the kill makes sense. As soon as you figure out what pet you wish to upgrade, start saving up for their synthesis.

If you have S Rank Skills, they are generated randomly, usually from adopted pets, and when you start the synthesis of random pet skills. Generally, you cannot have two of the same type of talent on a particular pet. If you synthesize, you have a small chance to upgrade a pet to a too high star rank. The synthesis of pets is perhaps the most important part of Epic Seven's emphasis on pets themselves as they let you get to higher levels. 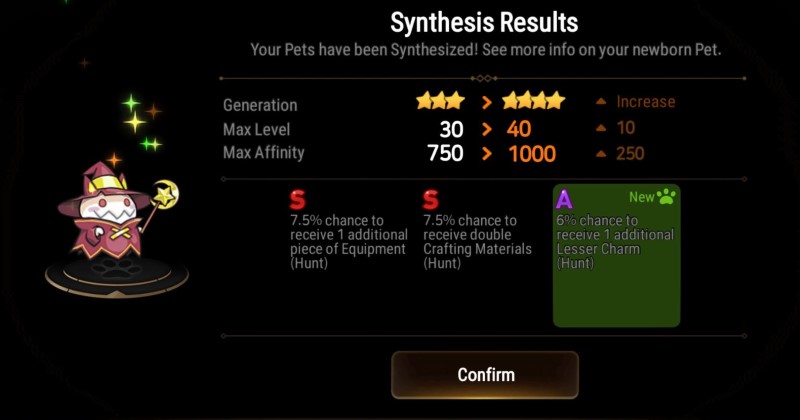 If you go for upgrading and leveling up, their generation is generally their star rating. You can only get EXP from them for pet food alone. You can only enhance a pet up to level 40 using other pets as fodder. Therefore, you can only upgrade your pet to the max level for synthesis by feeding them other pets as fodder and enhancing them constantly. Currently, there is no other way for you to upgrade your pets in Epic Seven.

Epic Seven has cemented itself as an MMORPG with a lot of depth to its name. Therefore, with new mechanics such as pets, the end game has gotten too tricky to navigate. Synthesizing your pets is the smartest decision you can make to make sure your pets stay relevant till the late game.

If you still are not sure about pets in the game, following this guide should give you a general review. However, remember that pets remain as passive partners throughout the game. They do not help you with combat at any point.