Among Us doesn't require any introduction. Among Us has been released for over two years now, and in the last few months, it has achieved what other games couldn't achieve in years. The possibilities of being a Crewmate or an Imposter is unlimited. The Imposter has never been that much fun before Among Us. Now you can be the bad boy in the game and do anything everything to win the match. Being an Imposter seems like a dream come true in Among Us, but more than 90% of Imposter get caught right after their first kill or sabotage. That's because you are making some mistakes again and again. You don't usually become Imposter so make sure to win the match when you become one. In these tips and tricks, you will learn how to win games as an Imposter. So, without further ado, let's get started.

Be an Epic Imposter:

⦁    As an Imposter, learn the viewing distance of crewmates. You can even get away with the kill right in front of crewmates if they are in the dark.

⦁   Cameras are one of the reasons you get caught every time as an Imposter. Memorize the camera locations, and make sure it's off before killing a Crewmate. You can check for the red light; if it's red, it means it's on.

⦁    Do not focus on sabotage and kills. Yes, it's your main purpose, but you will blow your chance of winning. Focus on the missions with the crewmate and wait for the right moment. Whenever you sabotage the ship, make sure to run towards the reset point and sometimes reset it to gain crewmates' trust.

⦁    Avoid completing Visual Tasks as an Imposter in Among Us. Visual Tasks are for crewmates, and you can get caught by a good player.

⦁   Make sure to talk normally in an emergency meeting. Talking too much or being the silent one can put you in a bad spot. There's one rule that every crewmate follows. If someone isn't talking, he is the Imposter. Also, always defend yourself but do not blame the person who is blaming you. ⦁   This tip is only valid if you and the other Imposter have a good understanding. Go for triple or quadra kills as soon as you get the chance but don't do it when there are 5-6 players alive. You can only go for triple and quadra kills at the beginning of the match or when at least 7-9 crewmates alive.

⦁    Sabotage the ship while being in the other part of the ship. It will give you enough time to find a solo crewmate and then kill him. However, it can backfire if you haven't gained the trust of a crewmate. It would be best if you had someone to take your side when crewmates blame you for killing or not being at the reset point. A lot of players fail because they don't think about it thoroughly. If you want to be an EPIC Imposter, you have to overpower crewmates in any way possible, and the best way is to earn the trust of other crewmates.

⦁    Imagine you just killed a crewmate in Among Us and about to run away. Right at that moment, you see someone going toward the body. What will you do? Runaway or join him. A normal Imposter will be confused between these two options, but an EPIC Imposter will always sabotage the ship to distract that person from going in the body's direction. That's how you overpower crewmates in Among Us with simple mind tricks.

⦁   Sometimes voting can cause problems for you. Do not vote if crewmates are not sure about the person who killed the other crewmate. It doesn't mean you won't vote at all; it means you will skip your vote. It can earn you a little bit of trust from crewmates as they will see you are not ready to kick the wrong person. ⦁   Play with the players you have played before. For example, you played a match as a crewmate, and you gained a lot of trust from other crewmates. Now in the next match, you are an Imposter. The chances are those players will not vote against you even they might support you the most.

⦁    As an Imposter, your kill cooldown won't go down if you stay in vents. It will be frozen until you come out again. So, don't make this mistake, and to be honest, stop using Vents unless it's way too important.

⦁    Vents' locations are straightforward, and it's easy to teleport from one place to another, but it's just way too risky. Crewmates can see you coming out of vents even if you are out of the viewing area. All they need is to keep vents in their sight, and they can catch you. When you come out of vents in a dark area, it shows an animation that can cause failure.

⦁   Do not complete tasks too early. You have to calculate the time it requires to complete a task. If you bailed out early, you could get caught by a good player. So, use your mind more often in Among Us.

⦁    Don't be over smart there's a fine line between playing with higher IQ or being over smart. If you have called the emergency meeting, then talk first; otherwise, don't talk or blame anyone unless the person who called the meeting told you where he found the body. For example, a body was found in Medbay, and before the Incharge (the person who called the meeting) could tell where he found the body, you start saying, I saw him at Medbay. That's more than enough for you to get caught as in Imposter in Among Us.

⦁   Only go for the double kill when you are playing with another Imposter. As a solo Imposter in Among Us going for double kills can cause many problems for you, including getting caught. 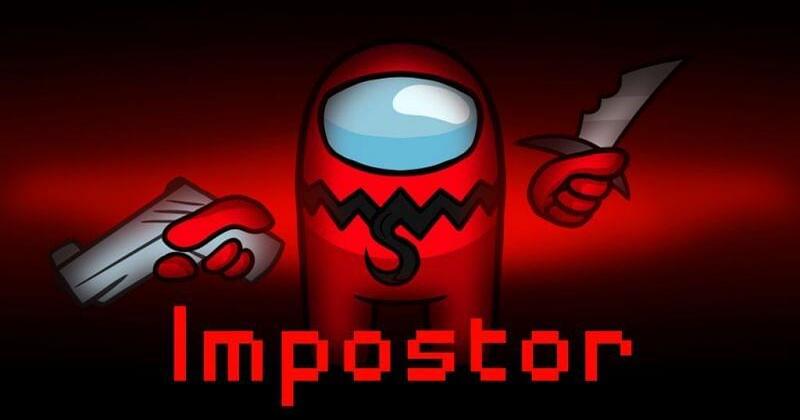 ⦁    While playing with friends, do not be the mysterious one. They know you outside of the game, so if you are an Imposter, make sure to keep the fun alive in the chat.

⦁    Use lights to your advantage. Crewmates can't see when lights go off, but you can - so kill during that time. Also, when a meeting is called after the dead body is found, make sure to say I couldn't see anyone's lights were off.

⦁    Patience plays a vital role if you are an Imposter. Sometimes you won't get kills or a chance to sabotage the ship. At that time, most players frustrate and go for an impossible kill and get caught. You don't have to do it; trust yourself. It's your game; you will get a chance to kill, and sometimes you might get an opportunity to kill two people at different places. So, stay calm to win as an Imposter in Among Us.

⦁    Many players think that Comms is the best sabotage option as an Imposter, but in reality, it's totally opposite. The best sabotages in Among Us are Comms and Lights. Sabotage the lights, and you might even get away with two to three kills. Each sabotage is overpowered; by sabotaging comms, you can sabotage Admin Room and Cameras, which can also help you kill a crewmate and get away with it.

A lot of players don't get caught as an Imposter in Among Us, and that's usually because they don't make stupid mistakes like Visual Tasks or blaming someone, or using vents way too much, etc. Apply all the above-given tips and tricks to your game, and you will increase your chances of winning as an Imposter in "Among Us."