“Among Us” is one of the trending games these days. This simple game has attracted a lot of players around the world by making them Imposters and Crewmates.

“Among Us” is an RPG game available on android and iOS platforms. In the game, you are about ten players, and 2 out of you are Imposters/Aliens. You have to find them before they kill all of you or attack the ship or sabotage the ship. 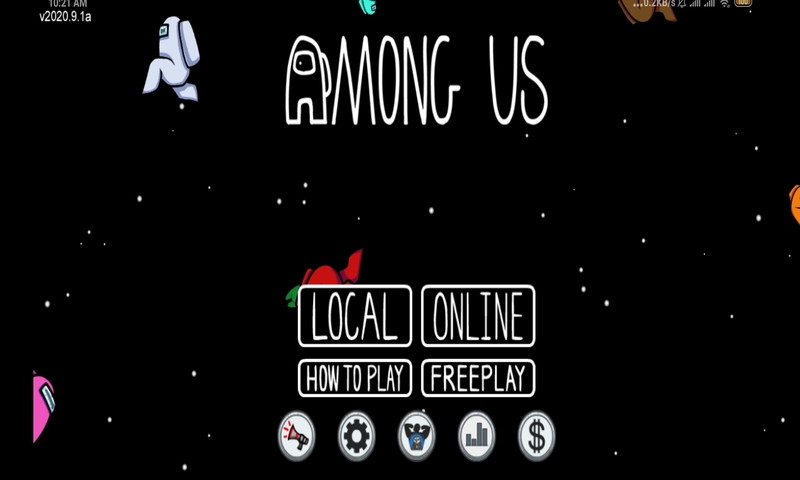 "Among Us" is an easy game once you understand how to play it perfectly. If you have already downloaded the game and don't know what to do, then this guide will help you understand everything about this game.

On the first page of the game, you will see multiple options; Local, Online, How to Play, and Freeplay. You might have already taken a look at How to Play; it's more about what you will face in the game.

In "Among Us," there are two teams:

The only way you can win is to complete all tasks. Your crewmates will have to complete their tasks too. Make sure you do that before the Imposters/Aliens kill you and your crewmates.

The other way for you and your crewmates to win is to spot and kill all the Imposters/Aliens. To do that, you will have to spot the Imposters and call an emergency meeting and vote to kick them out. You can only kick one Imposter at a time. There is two way to call meeting Emergency Meeting and When a body is found meeting. Whenever your teammate got killed, and one of you found the body, the meeting will be called immediately.

The other way is to use the Emergency button to call the meeting. You can find the emergency button in the middle of the map. During the meeting, you can talk to each other via text and accuses those deemed guilty.

After someone gets ejected into space or lava, the system tells you whether he/she was the Imposter/Alien or not. If it was an Alien/Imposter, then it's a win, but if it wasn't an Imposter, then your chances of winning are lower than before.

Aliens/Imposters' job is to kill enough humans to stop them from completing tasks around the map. Imposters/Aliens have a fake selection of tasks to be able to imitate a human.

Imposters cannot complete tasks because they cannot access the tasks by themselves. So, the Imposters will watch for crewmates completing the task to confirm that they are human. Sabotage the ship by attacking directly or by disabling systems. When an attack happens, the Humans/Crewmates have limited time to get to the issue and solve an emergency task to stop the countdown. If, in any case, you and your Crewmates couldn't stop the countdown, that will be the end of you.

Disruption attacks limit what humans can see or do, giving the Imposters an advantage. As an Imposter, you cannot sabotage more than one system at a time. So, you will have to choose carefully and make it work.

Some of the Systems which help both sides:

⦁    In some maps, there are cameras that can help to see into the other parts of the map without the other players noticing. Most of the players don't pay any attention to any of the things on the map. They don't even notice the blinking red lights and the cameras next to them.

⦁    In some maps, there are heartbeat monitors that let you know if a kill has been perpetrated.

⦁    In some maps, there are door monitors enabling you to figure out if someone's used a vent inside an area.

⦁    If you think after dying, the game is over, then think again because even after you are dead, you still have to complete your tasks.

⦁    You can't choose to be one of the Imposters or Crewmates. It's all randomly selected by the game mechanism. However, once you get a job, your task is to complete it no matter what you have to do. ⦁    You and other players don't know who among you are Imposters or Crewmates.

In this gameplay introduction guide, I have covered pretty much everything, but there are still mysterious out there for you to solve on your own. The game is overall fun to play; there are a lot of o possibilities to win as a Crewmate or an Imposter.

In the guide, you will be able to find all the knowledge of "Among Us" and how to play it. If you are interested in the tips of being the best Crewmate or the best Imposter, check out our article on "Among Us: Top 20 Tips for Imposter and Crewmates."

You can also play games like Among Us, Garena Free Fire, PUBG Mobile, Eve Echoes, Gaia Odyssey on Pc using an android emulator. LDPlayer is an android emulator that is gaining a lot of popularity because of high Graphics, high FPS, bigger screen, special boost, and much more.