Together with the extremely exciting Nier:Automata Collaboration, Punishing Gray Raven is also celebrating its first ever game anniversary, marking an entire year filled with exciting events and amazingly designed Constructs. In order to fully celebrate this special occasion, all available S rank constructs will be on a uniquely designed limited time banner where you will be able to 100% get the S rank Constructs of your choosing.

In this guide, we will look at what rewards the 1st anniversary of Punishing Gray Raven have in store for its players, in addition to ranking the best 5 characters for you to try and get from the specially rated up banner in celebration of the first year anniversary. In order to accommodate Punishing Gray Raven’s fast-paced, action-packed gameplay, LDPlayer have been specially designed so that it can fit with Punishing Gray Raven’s gameplay mechanics through the keyboard mapping function, allowing players to simulate the feeling of playing on the mobile by simply using the PC’s keyboard.

This specially designed control scheme not only allows players to clear stages in the game with higher efficiency, but also allow for smoother gameplay and overall better performance. In addition, players can enjoy the game’s cutscenes and battle effects on high quality 120 FPS graphics using the Graphics adjustment settings, making LDPlayer a perfect engine to play Punishing Gray Raven on.

Together with the 1st Anniversary, Punishing Gray Raven also collaborated with Nier:Automata and brought into the game special game modes, amazing rewards and 3 amazing limited time available constructs : 9S, A2 and 2B. 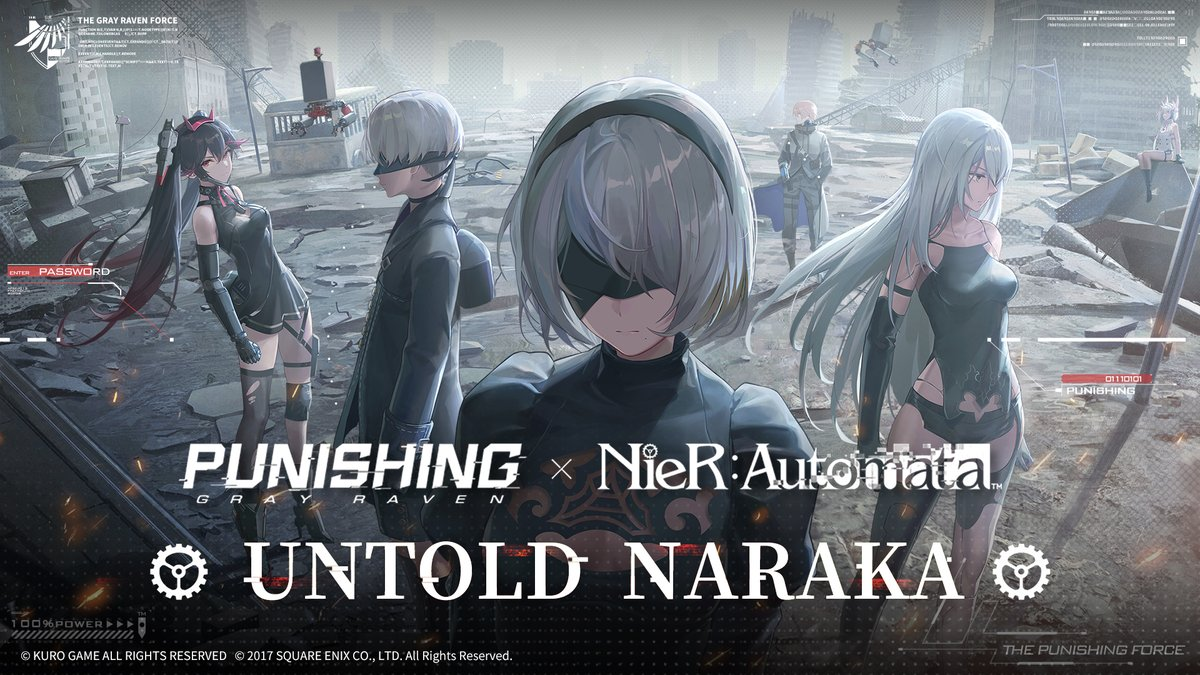 To find out more about the Nier:Automata collaboration event and how you can get the most amount of rewards out of it, check out this article by us on the event itself.

During the 1st anniversary Event, all players will be rewarded with a variety of rewards including 2500 Special Summoning Tickets (10 summons worth of tickets), special Honor Medals, and a Birthday Cake. 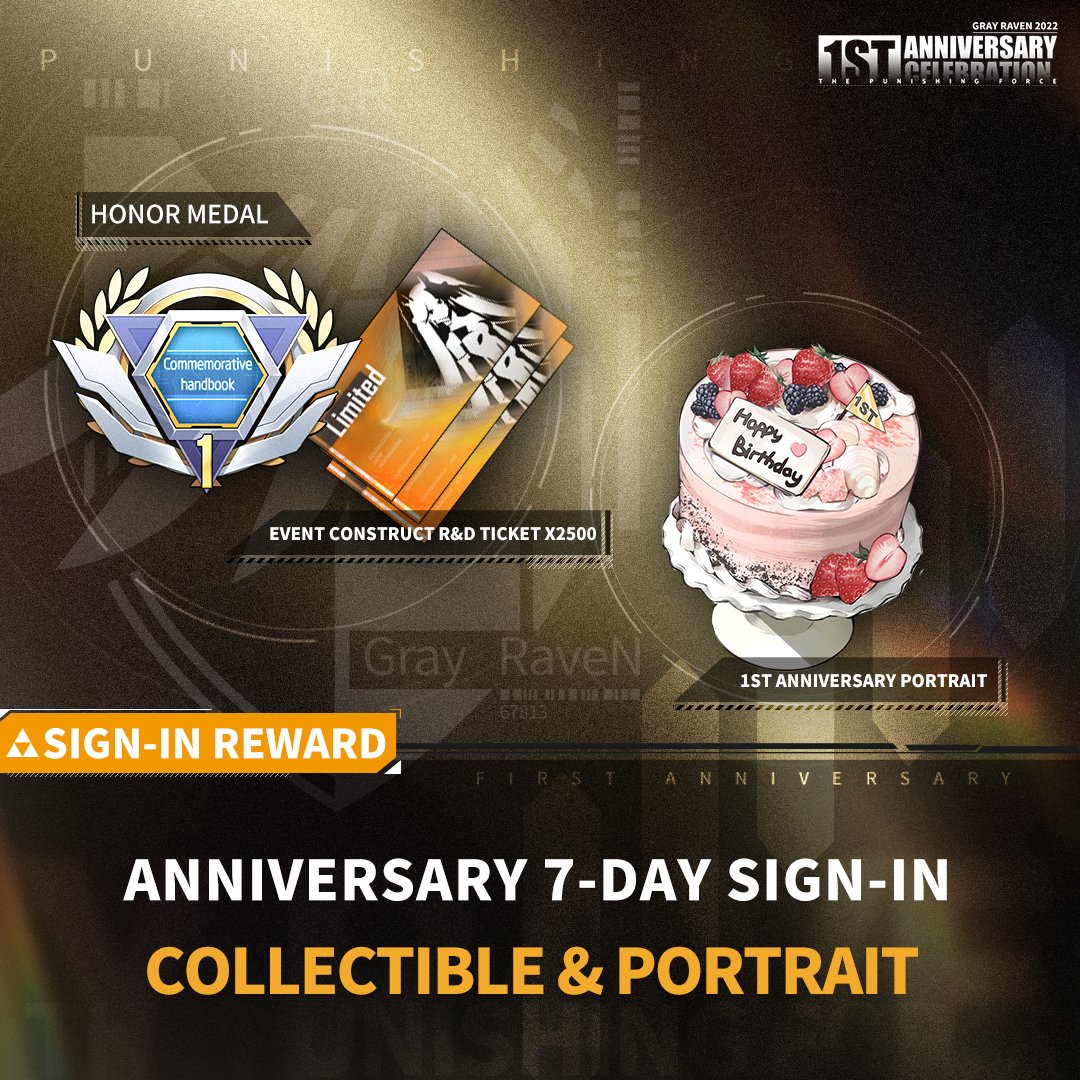 In order to receive all rewards, you will need to log in for a total of 14 days throughout the duration of the event.

In addition to the login event, special coatings or skins for characters will also return for a limited time, if you want to buy coatings for your beloved characters, now is the only time you can get these special limited coatings so don’t waste time to obtain them. 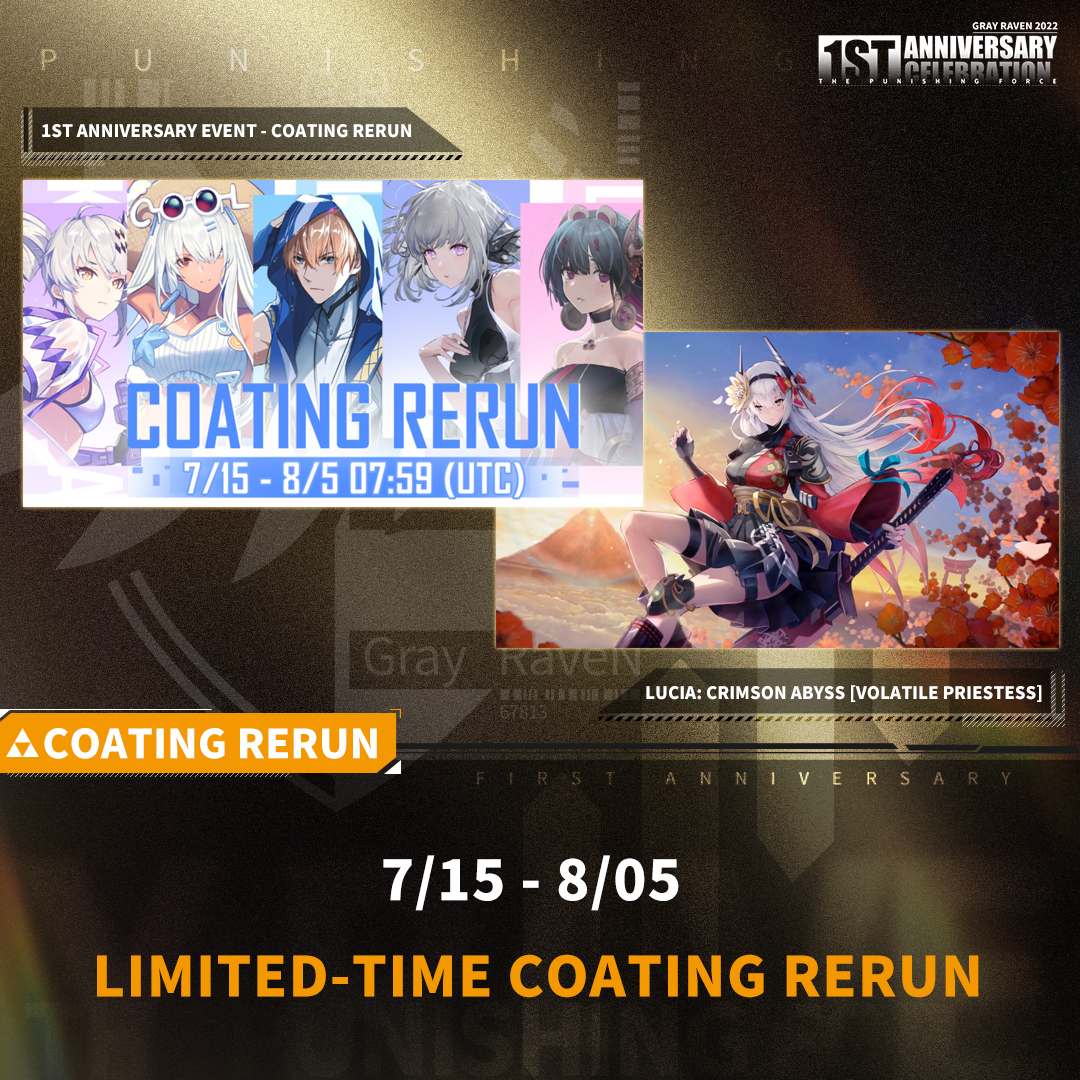 During this period, you are allowed to pick 1 of 9 banners featuring 9 S Rank Constructs on rate up and roll on it, and if you were to get a S Rank Construct during the process, the construct is guaranteed to be the ones that have been picked. 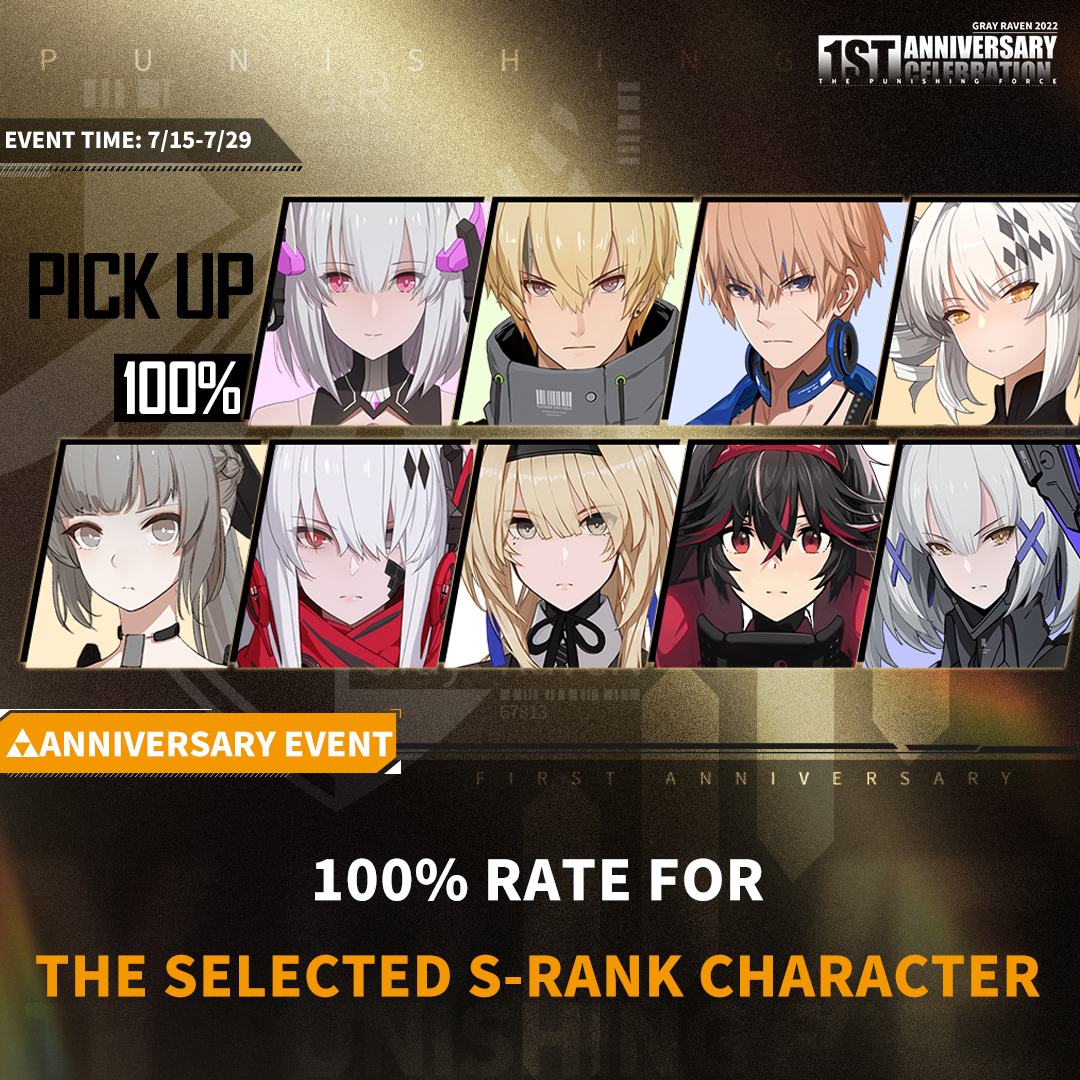 The pity for these banners are the usual 60 pity for 1 guaranteed S Rank Constructs so it is important that you aim for the ones that you absolutely want to have.

For the 1st Anniversary Banners, due to the fact that it requires 60 pity for 1 S Rank Construct, Players will need to prioritize certain characters to roll for. If you have a special spot in your heart for a certain character, you should absolutely go for them, however, or players who want to go with the game’s meta, here’s the top 5 characters you should absolutely try and roll for in order to stay on top of the game for the year to come.

An S Rank Dark Element Tank Class Construct, Kamui -Tenebrion is one of the game’s oldest characters, available since the very launch of the game. However, even if he’s old in terms of release, even till this day in the CN server 2 years later, Kamui still holds the ground as one of the best Dark Element Constructs in the game. A kit filled with powerful blows and fast movement, relying on his burst to turns his entire kit into the dark element, Kamui is able to utilize his broadsword not only to crush the enemies’ Super Armor, but also deal massive amount of Dark Elemental damage to a large field of enemies in the process.

The only reason why he’s low on this list is due to his accessibility, as players can easily choose him from the launch S Rank Selection Ticket, however, he’s still a solid choice to consider rolling for during this special anniversary banner.

The first new rated up character when the game first launched and one of the game’s poster child, Lucia - Alpha is a Attacker Class Physical Damage dealer that is infamous for her ability to deal massive amounts of damage over a short period of time. Her kit allows her to deal with both close-ranged and long-ranged combat, making an all-rounder in dealing massive amounts of Physical damage to enemies.

The only reason why she’s at number 4 is due to the newly introduced Nier:Automata Collaboration Characters who can partly fill her role as another option.

A Physical Tank Class Construct, Rosetta is a recently introduced Constructs and is one of the most essential pieces to a good Physical Damage team. 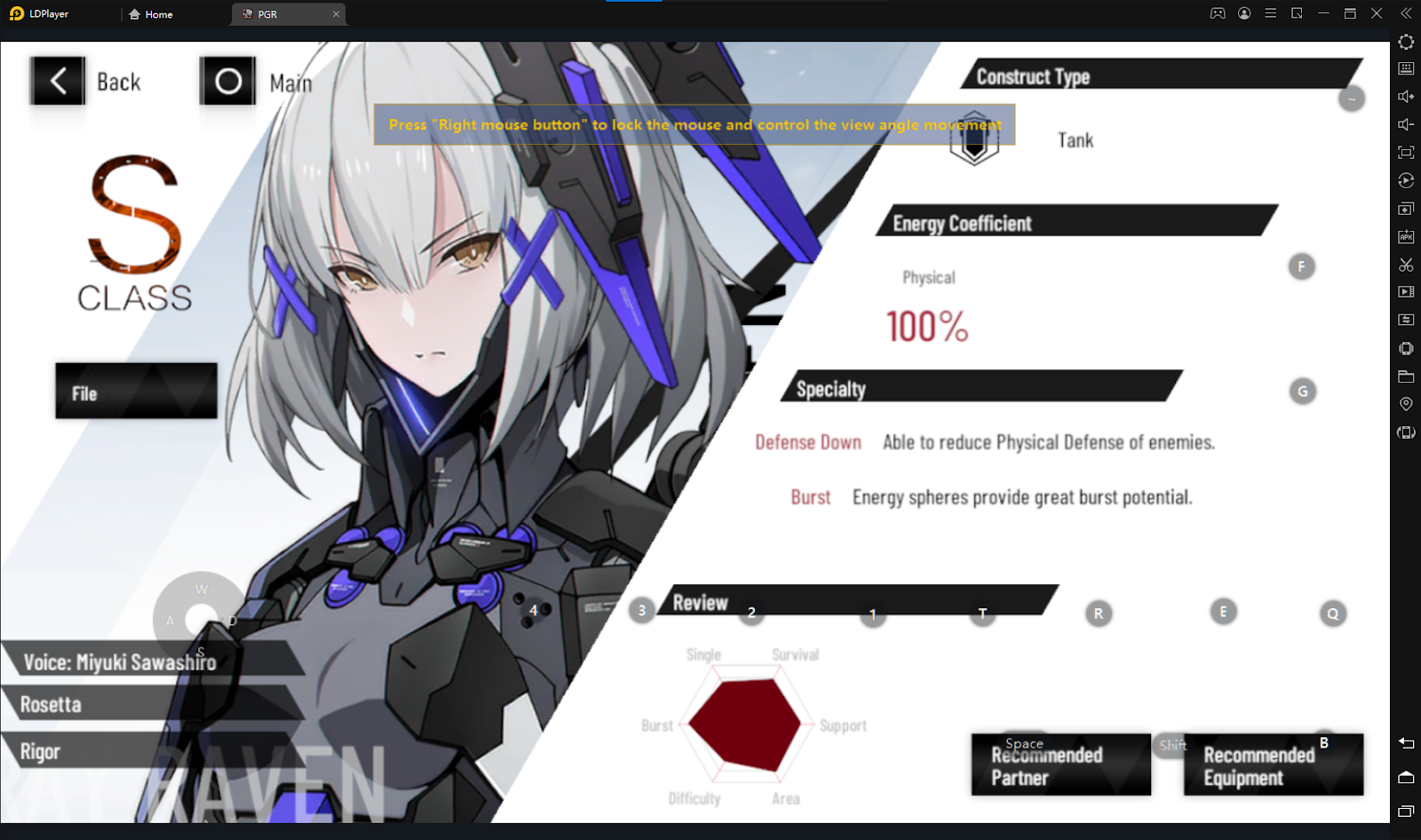 Rosetta’s strength lies in the fact that she can shred enemies’ Super Armor with relative ease all the while reducing enemies’ Physical Resistance to up to 60%, making any amount of Physical Damage coming their way being amplified.

If you are planning to play a Physical Damage team, Rosetta is a piece that you can’t miss and must absolutely roll for during the 1st anniversary banners.

The only Lightning type Attacker class Construct in the game, Veritas is one of the best DPS options available for players to consider rolling. 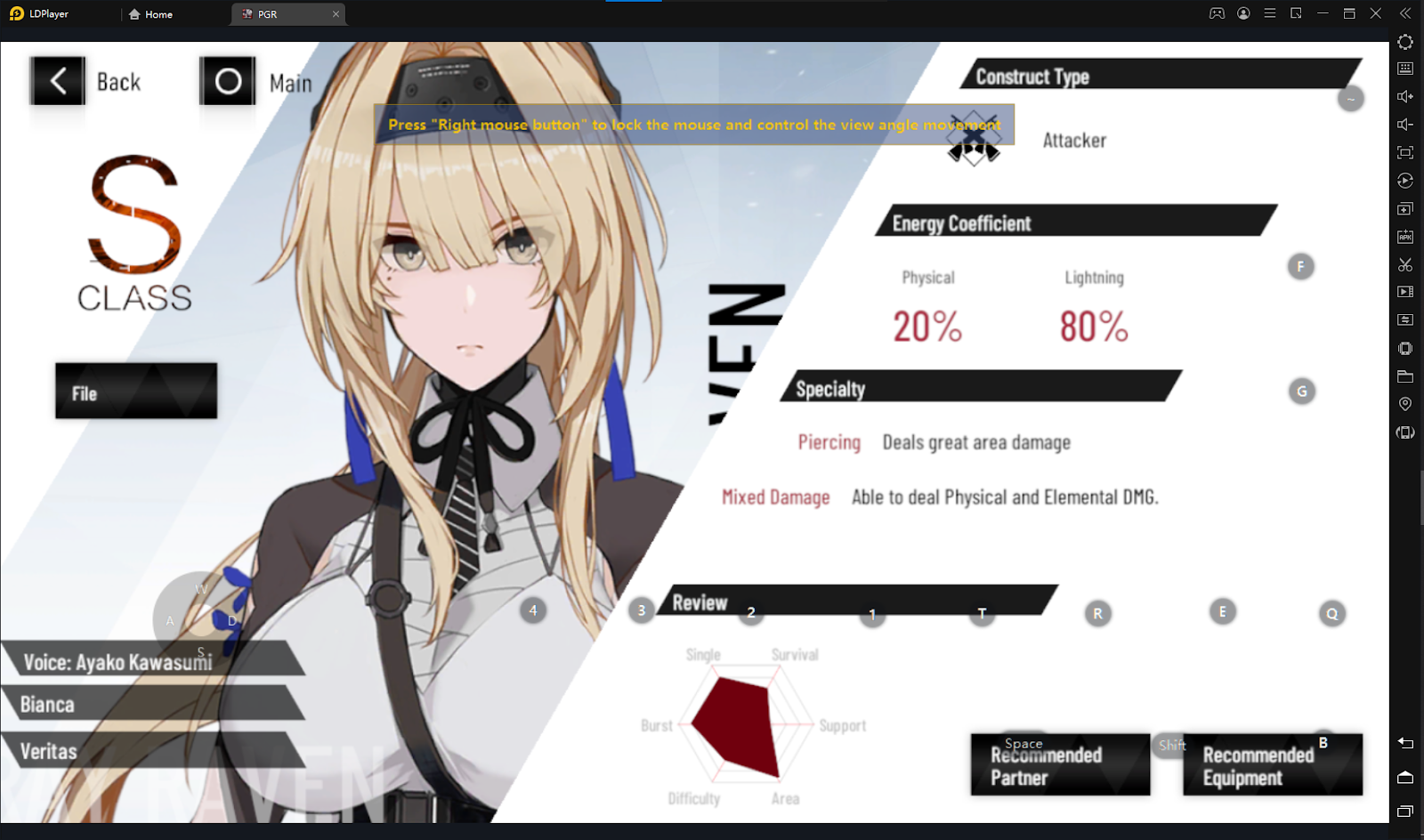 With an easy to use kit and extreme mobility, Veritas allows players the enjoyment of standing afar and shooting everything dead from the outside. In addition, the Lightning team, consisting of A Chrome, A Liv and Veritas, is one of the cheapest and best DPS teams in the game currently, making the investment into rolling for Veritas a worthwhile endeavor.

The other poster child of the game, Lucia Plume is currently the only Ice Element Attacker Class Construct. Similar to Veritas, Blume fills the role of helping players as a main dps, allowing them to deal with contents that require the Ice element with ease. 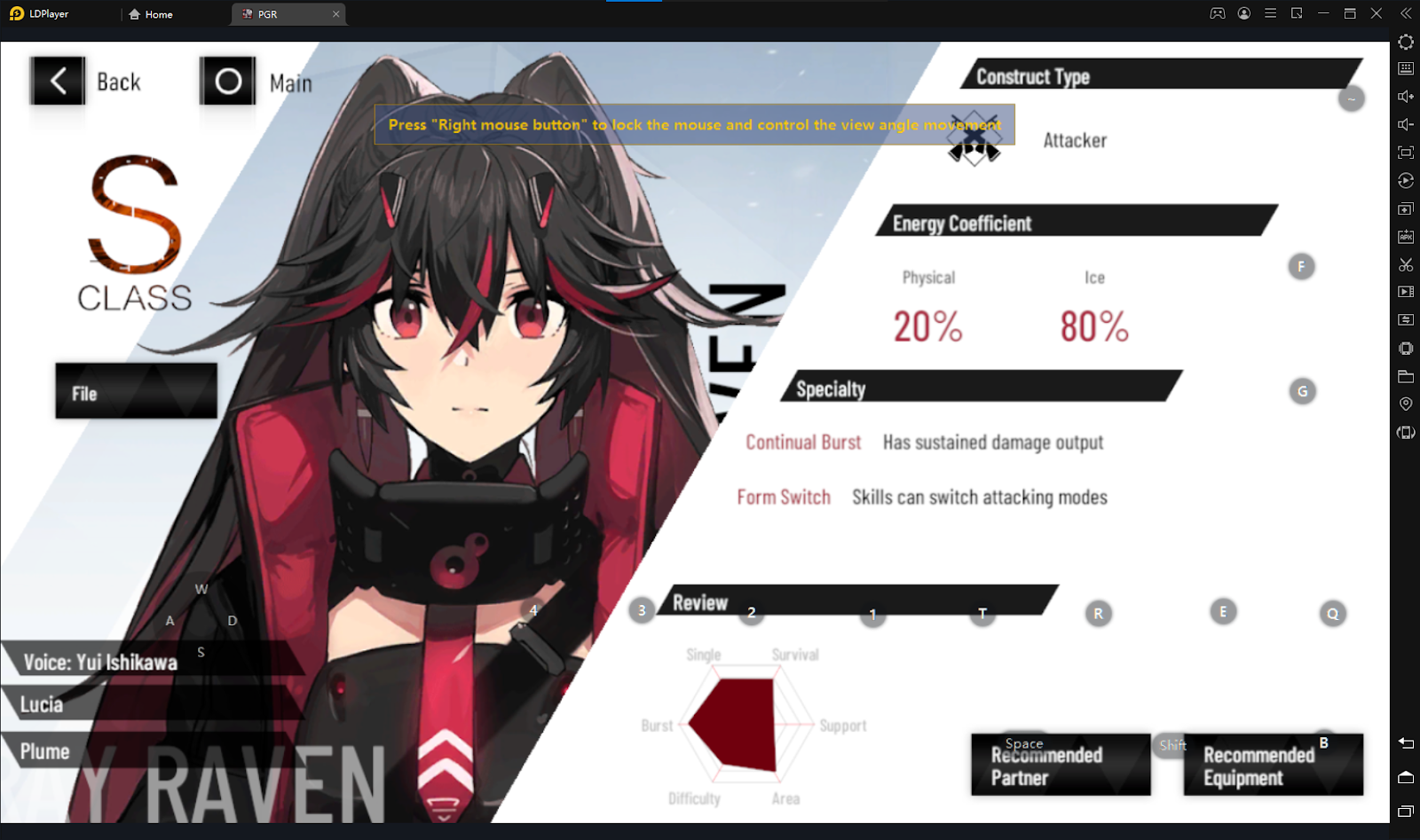 Blume’s kit allows her to deal massive amounts of damage with minimal effort and even allows her to do well in contents that require other elements other than Ice. In addition, the Ice team will receive massive upgrades in the future in the form of S Chrome and Wanshi, making it the best DPS team currently in the CN server aside from the Nier team, so rolling for Lucia - Blume will prove to be a well-deserved investment for the future.