Final Fantasy VII: The First Soldier is an excellent mobile battle royale game from Ateam Entertainment and Square Enix. This game is planned to be released in November for iOS as well as Android platforms. But a specific release date has not been declared yet. All we know is that the game will be launching in November.

Parallel to the teased launch of the game, the developers announced a new genre and type of gameplay experience as a generous part of Square Enix's presents at TGS 2021. The new gameplay style is called "Ninja Style," and as the name suggests, it is all about stealth followed by mobility. The battle styles include throwing shurikens at enemies, which is very ninja-like.

Before the rumored release, the game has finished with its closed beta program in June and has made some changes suggested by the players. A survey was conducted, and most of the feedback from the players was "satisfied" and "very satisfied" with the overall game experience.

Even though the game had so many positive responses, the developers thought there was still room for small improvements.

These small adjustments include the introduction of controller support for the players who do not prefer the usage of touch screens for gameplay. Othen than that some improvements also include introduction of a training course in the beginning along with a more refined tutorial. Also, a collection feature has been added, enabling players to collect items from special boxes and trade monster drops for customizable in-game skins. 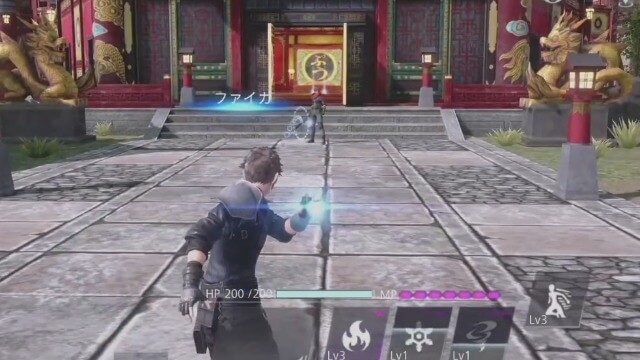 Overall Insights of the gameplay experience

For the newcomers or players who do not have an insight into the franchise, Final Fantasy VII: The First Soldier is from the battle royale genre of games where the player will be competing with 75 other players and fight till one player is left on the battlefield. The last man standing will be the winner.

There are various weapons and artifacts to explore, such as guns, swords, spells, etc. These can help defeat your enemies and help kill monsters from which you can gain some experience points.

The Final Fantasy franchise has been very consistent with their game releases. Their PC games have been super duper hits right from the start when PC gaming was very new to the world. These games entering the mobile platform have huge potential for the success of their other releases. A huge and consistent fan base ensures that the game won't disappoint new players who join the battle royal.

Final Fantasy VII: The First Soldier will be released for the Android and iOS platforms simultaneously. The game will be available as a free-to-play game on Google Play Store and Apple App Store on their respective operating systems. Currently you can check out the pre-registration and beta tests related information on the official website.

The expected November release will be very exciting for the players who have been eagerly waiting for the game to release. A specific date of release is still unknown.