The most crucial part of The Lord of the Rings: Rise to War is selecting the best faction. There are various types with different and vast abilities. Now it's up to you which you want to choose according to your convenience because a good faction will help you progress in the game and improve your gameplay experience significantly.

If you want to master Middle-earth in the latest Lord of the Rings: Rise to War, you need to know the strength and weaknesses of each faction. The game is divided into six major territories, and you have to effectively choose the best one to progress properly in the game.

Every faction has a maximum player usability limit; hence there is bound to be gameplay and server imbalance irrespective of the caliber of the faction during battles. Due to this, the players have to settle for what's left. The only thing that can be done is to study the character you have left and explore their potential. You will eventually find out what your faction is good at.

By not wasting any time, let's get straight into it. The following are ranked according to their skill set. 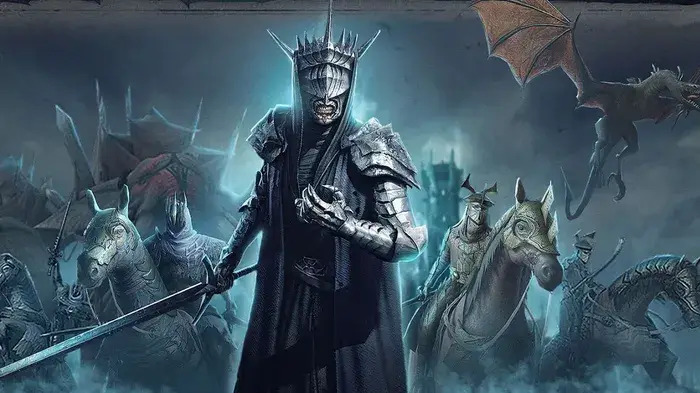 The Lord of the Rings: Rise to War Best Factions

Trait: Land of Stone - Reduces construction time by five percent
Unit: Swan Knight
Commander: Éowyn
Lore: Sindarin for Land of Stone; Gondor is a proud kingdom founded by the Númenóreans and populated by their descendants

If you have the same mentality of defense being the best offense, then Gondor will be a necessary factor on your side. If you want to consider a more passive approach in battle, then this faction can be quite helpful.

Trait: Forth Eorlingas - Increases march speed by three percent
Unit: Marshal
Commander: Faramir
Lore: A kingdom location above the Ered Nimrais range, known for its wide-open plains and the Rohirrim who patrol them on horseback

This faction is considered to be the fastest and quickest faction out there. Apart from speed, this faction has a special trait where your army's marching speed is increased by up to three times. This enables the troops to attack quickly and land the first damage.

Trait: Elven Wisdom: Increases Commander EXP Gain by five percent
Unit: Marchwarden
Commander: Haldir
Lore: Spread across three regions on either side of the Misty Mountains, the kingdom of the Elves is led by the great Mallorn trees of Caras Galadhon.

Elves as well have not disappointed us in terms of sheer power stats. When the beta game was enrolled, Lothlorien topped the charts without hesitation, even after most of the other characters were Elves. Hence beating the competition, Lothlorien is one of the best factions out there.

You can beat newcomers easily without any hassles with this faction.

Trait: Sons of Durin: Decreases Conscription time by five percent
Unit: Iron Warrior
Commander: Dwalin
Lore: Erebor is home to the mountains that feed the river Celduin and the Dwarves who toil underground, perfecting their craft.

In the beta version, players believed Elves were equal in terms of the power levels of Drawves of Erebor. These were favored due to mass picking of this faction; hence it has been overhyped due to many players picking the same. Moreover, Elves have gained popularity, but Erebor is the favorite pic of players who have used them in the beta.

Experience will play a very important role in future battles and wars, and approaching factions who have dealt with crucial situations will prove to be helpful. Keep in mind that not all factions are all-rounders with super stats throughout. You will have to sacrifice some of the other stat for one to excel.

Trait: Land of Darkness: Increases resource production rate by five percent
Unit: Ravager
Commander: Gorbag
Lore: Located in the southeast of Middle-earth, the domain of Sauron is walled in by the Ephel Dúath and Ered Lithui mountain ranges. The One Ring was forged here in the fires of Mount Doom, setting all of the turmoil in Motion.

In terms of extreme defense, Gondor and Mordor can certainly come in handy. Modor has a special trait where the player receives extra bonus resources that will prove very helpful to progress in the game. Mordor is best if the player wants defense prioritized without sacrificing other stats to a great extent. It's a very optimized and balanced pick. There are very rare factions that offer one stat better than others without having to compromise with the character's overall power level, and Mordor is one of them.

Trait: Ring of Iron: Reduces Conscription cost by ten percent.
Unit: Snaga Thrak
Commander: Ug Thak
Lore: Located at the southern end of the Misty Mountains, Isengard is known for its indestructible black tower, Orthanc. A wizard tempted by the power of the One Ring has established a foothold here.

If you are teaming it with Orcs and Isengard, you will probably end up finishing server four with a blast because they are quite powerful when it comes to raw stats and being cool. But never select a faction based on its coolness because it's not necessary for a cool faction to be powerful.

That is it for detailed information on the factions from Lord of the Rings: Rise to War. I hope the players got a meaningful insight on which faction is the best and their key abilities. There is a very significant chance that more factions will be released and added to the game in the upcoming update because a further variety of powerful characters is always welcomed.

Don't forget to thoroughly refer to the above article before starting the game and picking your first faction. Because if you change your mind once you have leveled up, you will have to let go of your progress by starting everything from scratch. And also remember, swapping servers will also cause you to lose all your progress. Common Issues More guides for The Lord of the Rings: War