Welcome to another episode of Tears of Themis. This time it comes with chapter 3 bypassing two of the other stages, and here is another mystery to be solved. We have already dealt with several cases before going into this stage, and now it comes to another case resolving. Please take part in the resolving as usual, and let's present you the guide on Chapter 3. 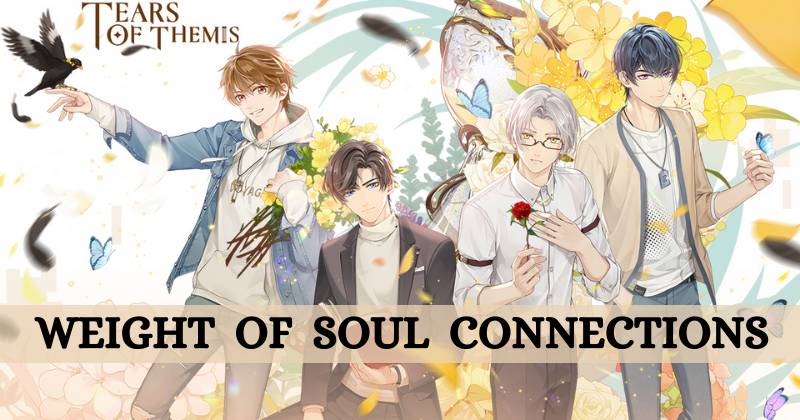 Tears of Themis is a detective-based gacha game that flows with a romantic plotline on it, and there are four younger males to attract the souls of your players. They are very attractive and hold very different characteristics from one to another, and they also have a hidden mystery to be revealed by the players. Your main task is to deal with these males and reveal their secrets while resolving the scenes that happen in each chapter.

There are multiple cases set to be solved by you from one chapter to another, and there will be a client assigned to the players. Each chapter is dedicated to solving the players by searching for evidence and their connections. So this time is the weight of soul connections, and let's find out how we can find the evidence and what inquires will you have to perform this mystery of chapter 3. Download Tears of Themis on PC from here and resolve the mystery from now on. The third chapter of this game been named as Weight of a Soul Connections. You are here playing a young female attorney role, and you need to try to get to the bottom of several unsolved cases. But sometimes those alluring four boys are distracting you as usual but with some more charming. This chapter will be a diversion point, and the developers MiHoYo has mixed up several things on the game for this time.

The third chapter has added a dysfunctional family to the center of this mystery, and players are required to find the reason for Gordon Grant's death. You need to find out who did this murder and what motives are caused these murders to do so. The son of Gordon is now charged for this murder. But the investigation is up to you to find if he is the real culprit or not.

As a player, you have to conduct investigations on every lead, and it has to be with new discoveries for the new pathways. Those newest pathways have to reveal the guilty of this son or point out for another direction on persons to closes this deceased. Chapter 3, we help you point out the connections, shreds of evidence, and the things to be found in the present to the court for making those criminals pay.

Chapter 2 Guide can be viewed from here.

You will have the chance to go straight onto the court battle, but it is better to find the connections through investigations. These are the analysis that you need to perform to prove the justice. Search whether Harry had a temper with the medicine when he went to the kitchen for the second time. Here you go through the Surveillance on throwing drugs Away or the drugs which have already been thrown away.

This inquiry has to be conducted on Fannie's actions. Those actions have to be more precise with her contradictions of the statements because there is Eyewitness Testimony. They will be stopped from Tampering with the medicines.

Search whether Fannie has lied on something. It seems as she is lying, and the statements are so contradicted each other. The reasons are that people out there with drugs knowledge and there are cautions regarding the Condiction of Gordon.

Trial Evidence – People of Harry Grant and the Stellis

As you have come up to the levels from 3 to 15, now you have gained enough information to nourish your defense on the game. The court is there opened for the people of Harry Grant and the Stellis, especially for this murder case on Gordon Grant. The player has to present their respective pieces of evidence and objects for any kind of ill-advised affirmations coming from the opposing attorney.

The murdered Gordon Grant's wife is known as Jeanne Scott, and she is going to testify here with the housemaid of her house called Fannie Patel. The daughter of Jeanne's Joy is making a brief appearance in the chapter, and it is going to be ended up by a pivotal. In the end, you have to find out who has mixed those pills on Gordon's remedy and what makes to take his life. Following are the trial solutions that you can perform on getting to the bottom of this case. 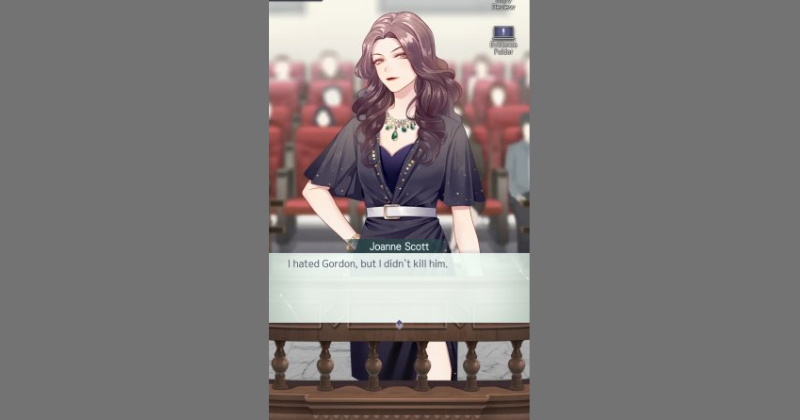 This is the evidence that is invalidating the accusation of Ms. Patel. It will be the Testimony 1 of Fannie.

This evidence is going to prove that Ms. Scott faced a lot of financial difficulties. We can confirm it through the Bank records of Joanne.

This evidence is going to prove that Ms. Scott had a strong motive for this murder. The proof for this will be the observation notebook.

This evidence is proving that Ms. Scott has already executed her plan. The proof on this will be the Lap report of the White powder.

Mr. Gordon Grant needed to donate his inheritance on further production of the illicit goods. So you need to ask the court to look at those evidence pieces.

The debate between Ms. Joanne and the main character is ensuing, and Harry Grant seems innocent for this murder. But Joanne will be charged because the court has found that the testimony of Fannie Patel is credible. These all are leading you towards the justice of this case.

This winds up our guide on Tears of Themis chapter 3 guide, and it is up to you to find the really guilty of the murders. Release the innocence on guilty of charging and find out the real murderer by going through all these shreds of evidence and inquires. Lead to the best and bring justice to this case.

A Comprehensive Guide to HS0405 in Call of Duty Mobile