Welcome to another Chapter with Tears of Themis. It is now chapter 2 with these handsome guys, and it is time for the romance to stepping for another mystery. As the game flows with some revealing and detective investigations, this time, players are tasked with another mystery-themed as the Unbearable Love. Tears of Themis is the new romance-themed game that comes to the worldwide gaming world, and it discovers about four handsome guys who have different portrays to the gameplay. Each of them holds a unique personality, and they all have a hiding story. We, as the players to ding those mysteries while enjoying the romance-based theme, and today’s we have stepped into chapter 2.

So what things we may see in chapter 2, and what pieces of evidence and inquiries do we have to deal with here? Let’s get to know them more. So download Tears of Themis on PC and joining the adventure of Chapter 2 here. 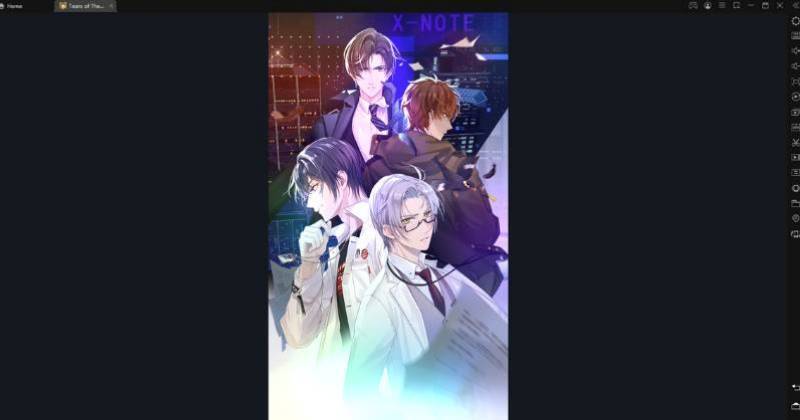 Chapter 2, called the Unbearable Love on Tears of Themis, is taking the spotlight of the most fantastic guy the Marius von Hagen, and he becomes your client here. You can know what has happened in Chapter 1 from here.

On the game and players are given a role in here-to-be with terms of a celebrity murder. This celebrity is called Estelle Sing, and the incident took place with the poisoned chocolates here. You don’t have any other choice than to defend Marius from this murder accusation, and it will be done with his flaunted manners and with trust in your performance.

Before taking part in the trial, you need to understand the best pieces of evidence with their connections, and here we are guiding you on how to guess how to go for those authentic connections. If you are wise enough for this situation and a persistent type, you can skip these parts to the court action, and there are some inquires you need to perform with an analysis as follows.

The chocolates you have found in this area should have been poisons before the left of Marius, and there are two reasons for saying so. One is Estelle eating the chocolate, and the other one is the Tetrodotoxin content.

As a second inquiry, you need to know that Estelle and Janus have a tremendous and special relationship with them. Find this by investigating because there is a lost phone and find it by the way Estelle died.

Inquiry 3 must be performed by thinking that the original plan of the murder should be seen on the water stains on that wine glass or by the beverage menu. Jenu will not be the person who has poisoned the Wine because when this murder happens, Wine was delivered. And see how these chocolates are being returned already.

Within the 4th inquiry, you better know that actions of Jane’s are clear with her own statement within an apparent contradiction because there are unfit clothing of Jane with a generous salary she holds.

Analysis of the Evidence

Before the trial happens on the game, you have to be there will the evidence and their connections to the murder. So they are helping on sustaining this case. The trial of this chapter starts at levels 02 to 27, and the Judge will introduce it with an explanation of the People of Stellis Vs. Mr. Marius von Hagen on the case of the murder of Ms. Estelle Singh.

Here, we have already told you that the famous Estelle has been murdered. And there are so many initial points found on this place of incident. All those points point out Marius von Hagen, and he is now the suspect of this murder. Every found shred of evidence is pointing out towards the Marius von Hagen because there is a poisoned chocolate box. This chocolate box is an offering done by Marius to Estelle.

There is the secretary of Estelle for providing crucial testimonies, but this is a collaboration from Vyn Richter, the famous psychiatrist who will point you in the right direction. He is a great expert to see through the appearances, and Vyn can read the ulterior motives of the people. Here, Vyn is doing a great help to the main character in exploring the hotel room where the murder has happened, and he even has the will to have a deeper digging. He reaches for a discovering of how these chocolates were actually poisoned.

These are all the plots you see in the evidence, and this time is for the trial. So you need to fulfill the defense role of attorney for Marius von Hagen. When you are being questioned about the shreds of evidence on the allegations, you need to follow up the trial evidence guide to discover a marvelous performance within the court. The first evidence is that Marius hasn’t held a grudge against Estelle, and he had no reason to hold a wave of anger towards the victim because there are documents of Pax personnel Malfeasance.

Marius is never lashing out at Estelle from those scandals. The reason for saying so is there is Testimony 1 of Jen.

Janus has planned to kill Estelle. Evidence to prove this is the poisoned Wine you found at the murder place.

There is direct proof defining that Marius has already poisoned the chocolates because there are lap reports regarding the silk gloves.

Janus has already planned the murder of Estelle, and there is no evidence to prove this. Evidence is the info of Tetrodotoxin Transaction.

Janus has wiped off his fingerprints from Estelle’s Phone. Evidence for this is the cleaned alcohol wipe.

So here ends the guide for our chapter 2 on Tears of Themis, and it is your time to reveal the real murder and do justice for Marius. Do your best for your client Marius and find out the evidence one by one by doing and following up the correct queries. Do your maximum to find the connections before the trial and prove that your client is not the murderer.

Call of Duty Mobile A Basic Guide About Striker