World Flipper is a recently released game launched as a co-development of Cygames and Cygames subsidiary. The players have to beat enemies at different levels of the game. All the enemy characters have a unique set of skills and characteristics. Interestingly, there will be a development of those characters with the upgrade of levels in the game. The plotline of World Flipper is about a young girl and a boy. They meet a creature who is said to be the hero from another world. With that, they determine to go with that alien creature to his world. There is a pleasant journey to return to his homeworld. They have to cross different worlds during that journey, and in this adventurous journey, they have begun to retrieve their lost memories. During this journey, they have to face various battles with other enemies. They possess new skills and effects in those battles.

In the game, the players have to face different levels. So, you have to build your party with your preferred characters. When you are collecting characters from your party, you have to account for many features. So, now we are going to dig for information about organizing a party for an intermediate player. There are different features that players have to follow. So, use these strategies correctly and win the battles.

Here download World Flipper on PC and make your steps on creating the party.

Characteristics of the boss

You have to arrange characters parallel to the features of the boss. Some bosses in the game have their strengthening effects of buff. There will be increased damage from the enemies if the attack power of the enemies is extreme, and the player will get minor damage if the enemy has more character resistance. You will see a cancellation of enhancement effects by the skill.

Characters can drop the weakening effect of the characters. Namely, they are Liao, Harisha, Mamnaria, Last, Rico, Flana, Helga, Charua, Philameria, Corina, Collina, Mail viola, and Dorotea. With the awkward abilities, the boss characters will turn into more challenging. So, you have to account that, the boss characteristics and grasp them to your critical role in the party. 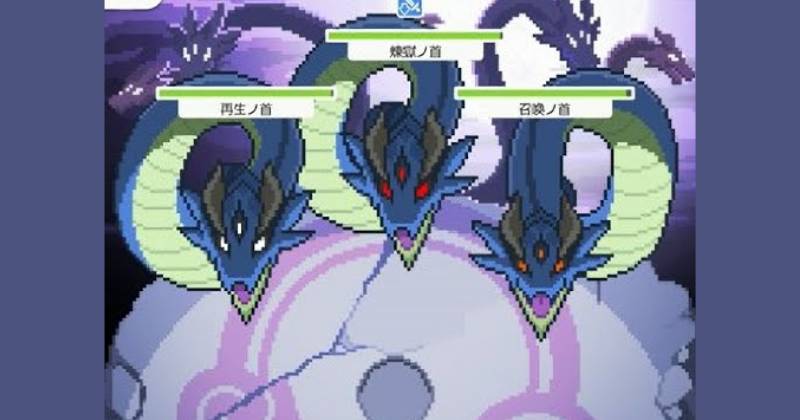 Characters who can affect the participants

Although you are the one player who uses the characters in the formation, there can be a small effect. But, when three players put one character, there will be several effects on you. So, you will get the impact of three characters at one time. Then it will turn to a more practical effect with the participation of three players. So, it will be worth giving more attention to them as there will be three times the benefits listed.

The main characters with a character buff are ALC, gin, ALC Aniva, Sonya, Riesel, Fuff, To Relena, Leon, White, Recital, Posito, Lilith, Deer, Floretta, fin, Saritha, and Junko Konno. There are some characters with participant recovery, and the principal such characters are Noene, Liao, ALC Aniva, gin, Harisha, and Fire spirit from the attribute of fire. Last swimsuit, Mamnaria, Riesel, Elsa, Cailie, Roci, and Clara from the water attribute.

From the thunder attribute, there will be Cagliostro, For a, and Bargen. Form the wind attribute; characters like Philia, Miguel, Kokkoro, Alisa, Kugui, Hao, and Charua. From the light attribute, you will see the characters of Inaho Christmas, Neftim Half Aniva, LAselt, Philameria, Pecoline, Elija Valentine, Elijah, Illumination, fin, Riesel swimsuit, MEC, Fini, Sariha, Corina, Parfait, and Collina Halloween. You will see Mail viola, Primula, Flache Halloween, Zelma, Early Aniva, and Dorotea as the dark characters. Characters who can down the resistance

You have to give more attention to the characters who can give the resistance down. For example, Enni can make a down of fire resistance up to 20%. It means there will be an increase of the damage by 20% when you attack him with fire. That will happen 1.2 times. Even allies can get the benefit from the reduction of the resistance. Now, you might feel that resistance plays a vital role to reduce the precise time of the bosses from the superclass.

So, it will be a beneficial attribute. As another example, you can use Enni in the Recital superclass. So, three players will get 1.2 times of advantages. This will significantly affect the skills. So, resistance down will be helpful to put the characters more positively. It will also support the formation. Some characters resistant to the fire attribute are Claris, Marianne Christmas, Hanabi Aniva, Bianca Christmas, Bianca, Iris, and Ennie. Usually, it will be helpful to equip the leader with a good weapon. That weapon should possess a high value of enhancement, but the target should be only himself. So, there will be +140% of the own attack power. When you narrow down the word Own, you can get a clear idea about the type of weapon that you want to give to your leader. When you put the weapon, there will be no disturbance to the characters.

It will create no effect on the weapons attached on the rows of second and third. Weapons that can enhance the skill damage of all the parties and power flip enhancement will have no effect from the attached weapons. There will be fewer effects when connecting them with the characters. There will be good effects with second and third rows than attaching them to the leader.

In the weapon database, you will see weapons like Bearstorm, Onihatchet, Heavy sewingbearz, Matagi hunting gun, Peiyainen, and Water erosion dragon whip many other weapons. There will be more effective adjustments from the ability soul. It will help to attach different ways according to the type of the organization. Although most players say they can soul to the weapon, they want it to attach to the characters as an aid. You can easily understand the attached ability of the soul of the weapon to enhance the skill gauge. For that, you can use Prometheus's word, Lie book, and Priebus.

When you organize a party based on the mentioned concepts, you will sometimes face difficulties balancing the characters at the initial stages of the game. The assigned roles are as follows.

So, the leader in the first row will grab the buffs. The leader will produce the firepower. When you attack using all three rows, it will be challenging to do damages. So, the best recommendation is to advance the characters, which can cause more damages.

The character distribution of this example is as follows.

In this set, Alice will act as the attacker and get the support of all the characters. She can make strong power and earning combos with Sovi in the second row. This will happen with the firepower rise of Alice with Murakumo. Fuffs can protect allies from attacks, and it will help Alice keep the body effect. Riesel can enhance the recovery of buffs and attack powers. Samasa can minimize the resistance of the enemy and make a suitable environment for attacks. The character distribution according to this example is as follows.

According to this formation, Soushirou is the attacker. There will be increased power attacks and grants of penetration from Unison Veron. The skills of Soushirou will strengthen by the Posito's buffs and Chass. The recovery person will be Philia. There will be an acceleration of the skill gauge of the entire party from Kohane. Have the best characters with a best rerolling. Try our World Flipper Reroll Guide.

World Flipper is an exciting game with several exciting events where the main characters move to different worlds. So, in the game, you have to create your party. Today, we have discussed several criteria that you have to consider while forming your party. So, all recommended formations are valid. But, you will face difficulties at the initial stages. You can create a stronger team with the advancement.

A Map Guide for Call of Duty Mobile