With technological development, most of the games we encounter are RPG games with many developed strategies and features. But, can you remember the pixel-art pinball games that we used to play around a decade ago? Most probably, your childhood had been spent with those games. The Japanese game World Flipper was such pixel-art pinball game released two years ago. The story is around the Arc and Stella, who meets a strange creature named Light. The game includes amazing styles of retro-pixel arts, but there are anime illustrations with challenging featured battles. When you begin the game, you will see amazing characters with different attributes which belong to several races. It is important to know how to play the game strategically at the beginning levels when you begin a game. Today, through this guide, we will find the best ways to proceed successfully through the beginning stages of the game World Flipper. Now download World Flipper on PC and start for your early stages.

When you begin the game, you have to train the four-star character named ALC. He has fire allocations that will be useful from the beginning of the game. The second ability of this character is really easy to use. It will proceed from the beginning of the battle, and there will be one skill gauge of 100%. You can use this widely when there are multiple quests with fixed members.

ALC can spread buffs, and it will enhance the attack power of all the other players. Through the second training ability, the players can turn on the skills from the initial stages of the battles. 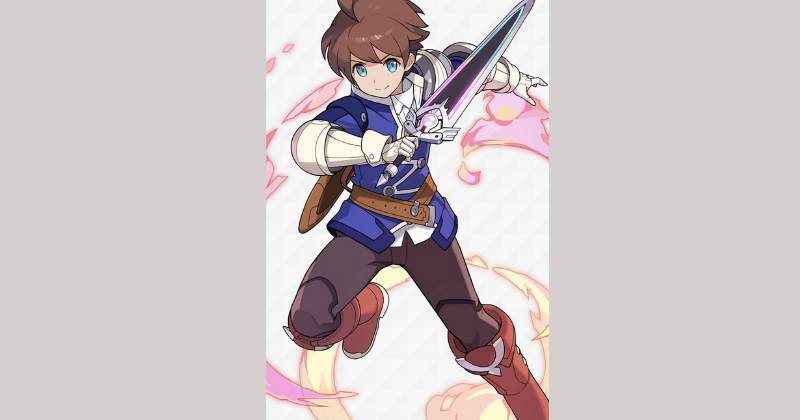 There will be a share of buffs which will increase the potentials of attacking and skill damages of all the players. It can grant floating to the entire party.

When you complete the main story quests and collect the materials, you can issue the mana board. It will make the chance of making a stronger character. You can use the material of the element when the time is a labyrinth of fluctuations. Apart from that, you can use Crest of Dreams to get in the collapse area. It will open once you finish the 4th chapter in the main story.

Not enough mana and experience points

When you follow other players through the player ID in advance or follow, you can see the results screen of the first multi-player game. At the initial point of the game, you can use stamina for a single content. Some examples are the main story and Labyrinth of fluctuations. You can go to the room for saving and mutual followers; you can get into the multi.

There are several training materials that you can obtain at events. One biggest element is the fluctuating Labyrinth, and apart from that, you can exchange them for boss battle coins. Some examples are as follows.

Releasing the mana board

There are two release abilities named 1 and 2 of the character you are looking for in training. The third ability will activate only at the main. So, you can postpone the release of the third ability of characters who are not activated in the main generally. You can evolve the character through the four large symbols of the mana board.

When the characters evolve, there will be a rise in status skills. With that, the leader skill will become stronger. The most recommended way is to release only the symbol, although you have rarely used it at the main. To save the materials, the third ability and the skills will need to get larger symbols.

When the character is covered, and the stack has been made, you must over-limit and move the upper-level limit. Although you have no stack, you can use the over the limit. For that, you can use the item named Star crystal. It is a valuable item, and generally, it will use for limited characters and distributed characters that are difficult to stack.

When you complete the sixth chapter of the main story, you have to go to the Orochi subjugation. There you can get Murakumo and exchange it for gold soon. Murakumo is a key character playing in the Wharfuri. So, you have to get it and train properly. There will be two other superclass quests and the Oroch superclass as the difficult quests for the players who have started the game.

Although you are an advanced player, you can collect coins. For that, you have to consult the character, the character's training status, and the equipment around that. Murakumo is advised to get more silver coins to replace elements when you go to the advanced.

Challenges in the collapse area

The challenge of the Collapse area quest will be available when you clear the 4th chapter of the main story. The players can challenge the location of the quest from the event, and it will appear at the left bottom side of the home screen. You can get Dream Crest and Excellent Equipment from this quest.

The Dream Crest has materials that are useful to unlock the mana board. So, you have the chance of getting huge quantities training process. You can go to the quest if you are short of that. There are different materials to use when you are looking for perfect convexity. It does not matter the number of Abiso that you have. You can get the proof of bond when you release the mana board of the characters and upgrade the level to the maximum when it is at the non-convex. There are several steps to follow to collect the proof of bond. They are as follows.

You have to complete the initial mana board without pausing the training in the middle. This is applicable for the characters who have used most of the times in the main.

There will be a way of releasing the mana board immediately when the training of the frequently used characters are complete. This is because the required materials for the training characters of two or less is small than that.

The players can exchange equipment for 50 proofs of bonds at the exchange If you have any uncertainties about the exchange, you can use the link to the possession rate checker. It will appear on the question board. There will be progress and changes in the priority in the future.

Priorities at the event held

Event-limited characters and equipment in the game can use for higher rates in the future. So, you have to participate in events as much as possible. There is much strong equipment, and you have to try to get complete convexity of five in total.

Earn the Murakumo and other characters with easy steps. You only need to refer to our World Flipper Reroll Guide.

The game World Flipper is a bit different game in the contemporary RPG realm. So, this game will be a change for all the players. So, when you begin the game as a beginner, you need to have a good idea about proceeding through the game. This guide has elaborated all the necessary strategies. So, if you are a newbie, this guide will be useful for you.