Nier Reincarnation is the newest stepping RPG game to the RPG world, and this masterpiece by Appilbot is known to be a sequel on Automata. The game scenario happens in Nier's world, and this game is fully enriched with an outstanding story that comes out with comprehensive content. This game shows evidence on many daunting players around the world, and this RPG game is taking place on Realm, where we called a Cage. Players are taking a role as a girl, leading by a ghost-like creature called mama. You have to unlock so many memories from the past, and the protagonists should always avoid the Dark Monster called armored creature.

Nier Reincarnation has an addictive plot with a complex story, and people get interested in this game due to those factors. So when players are getting more and more interest in the game, they will need a better character to perform in their game. So they all need a quiet understanding of their characters, and today we are bringing you up the details on them.

We are recommending you to download Nier Reincarnation on PC to have exciting gameplay than usual.

Characters of this game are ranked according to their strengths on the game. It is a must on many RPG games, and this game also has the same features. You will see four different types of tier lists in this game as You can check these categories more in detail by referring to our Reroll Guide.

A2 is a great character who will face any situation in the game without any fear, and she is doing extensive damage to all her opponents. You have to fire her up with the weapon Fire Greatsword to make her more effective and high survival. This is the character you meet in the game, which has the strongest powers, and her abilities strengthen all those powers. A2's increasing critical rate powers are causing the critical hits to the enemies, and those are at a level incorporating with strategies. So her real fire powers are too strong.

A2 has the top classes even on the original states, and she is so powerful to increase the damage as a critical. She is an attacker and goes along with a top-tier performing hero.

Remember that A has some low defense and HP values, and she is so much grateful to use within the short-term battles. So you can deploy her into arenas. But don't try to use A2 in long-term battles. However, the game's current environment makes it more suitable for firepower, reducing the firepower enemies. That will reduce the damage so that A2's slight weakness will not be a massive problem to the game. We can categorize A2's stats as follows.

2B is a hero who is increasing the agilities by using her abilities. There is a high percentage of gauge rising with him so that you can activate 2B more than any other character in the game. She can reduce the number of enemies before they act, and there is the highest percentage of original power in attack. That attack will go up with the abilities of 2B/, so the final powers are going to be ranked highest on all the characters.

You have to keep in mind that the skills of 2B are increasing the damage when they are dropping the HP below 50%. 2B also has some low HP and defense stats on him, so if she produces firepower into maximum, sometimes 2B can be incapacitated through enemies' attacks. Stats of 2B can be categorized as follows.

9S character is giving players a buff, increasing the damage that has already been done. When there are two attacks or more, it will increase those damages. Players can aim for more damage by this character when they focus on activating and connecting combos. If you continuously throw 9S into the fire, he is receiving a permanent effect in increasing the damage so a player can compensate for the low fire powers of this character.

There is low firepower with 9S, but it is still durable on his defense and the highest HP. There are only a few stages to play by the low power heroes, so you can use 9S in quests of collaboration, increasing the attack power. His stats are Fenlyse is the highest-powered attacker in the game, and she has the most substantial attack powers more than any other character in Nier Reincarnation. You can also increase these fire powers by the ability of spirit. There is a quick foot associated with Frenlyse, so that it plays an excellent role on normal attack frequencies as it increases agility. Frenlyse has the highest type of agility, which we consider the most important status to the arena.

This character's high agility is helping it make an action faster than the enemies and reduce the number of enemies. There are character skills with this character increasing all allies' attack power, and that effect time will last for over 30 seconds. But know that Frenlyse's high agility makes her attack difficult with the combs as there is a fast attack order. You can't use Fenlyse's firepower as the main power as it is comparatively less than 2B and A2. Her stats are 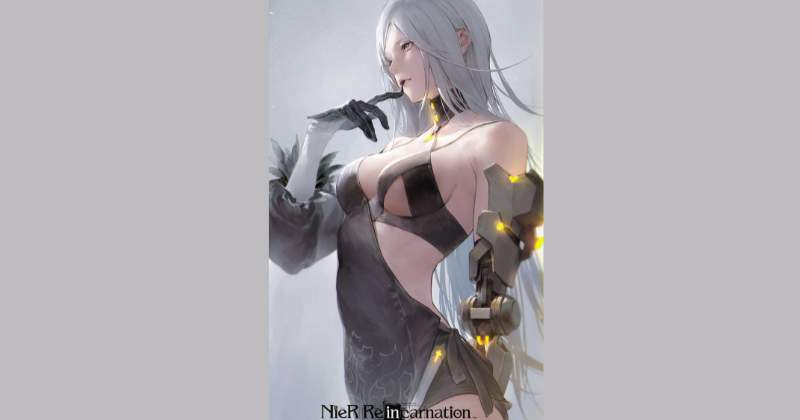 Rion has the skills to perform the highest magnification attacks than the other characters, and she does this even she doesn't have a buff. The buffs on the additional effects are increasing Rion's firepower even those conditions on activations are strict. And players can increase those fire powers with the abilities as well.

Do note that Rion has some kind of small continuous attacks on her own, and many of her weapons have a small number of constant attacks. So with Rion, you will not easily earn the combos. Rion's stats are Dimis has a chance of granting the darkness with a 75% of amount for over three turns on a single enemy. Enemy attacks that happen in the dark are going to be missed. The highest challenging quests where it uses the most elevated power attacks and granting abnormal conditions, enemies better avoided by getting attacked by the Dimis in the dark.

So clearly, Dimis is a powerful character in the game. He has the high abilities with high agility to have a movement way faster than the other characters. It is better to identify Dimis as an excellent character for raising the fire powers on allies by having several combos.

As a player, you should avoid being overconfident about this character by giving the darkness and the weapons. He still has some lowest attack powers, and he is facing hard on generating his own firepower. However, his skills have four types of consecutive shots, and his guns are such good weapons to have many continuous shots. So with Dimis, it will be easier to earn the combos. Dismiss stats are

Akeha is a highly durable character, and she has a high defense with HP, which her abilities can enhance. Using Akeha, you are taking the chances of withstanding a specific number of concentrated attacks within the quests where opponents have much endurance with HP. You can also do it in the quests where it frequently happens boss attacks with single attacks.

There will be no many stages that you can prioritize the durability of Akeha. It will be better if you push her with fire powers than increasing her durability. Her stats are 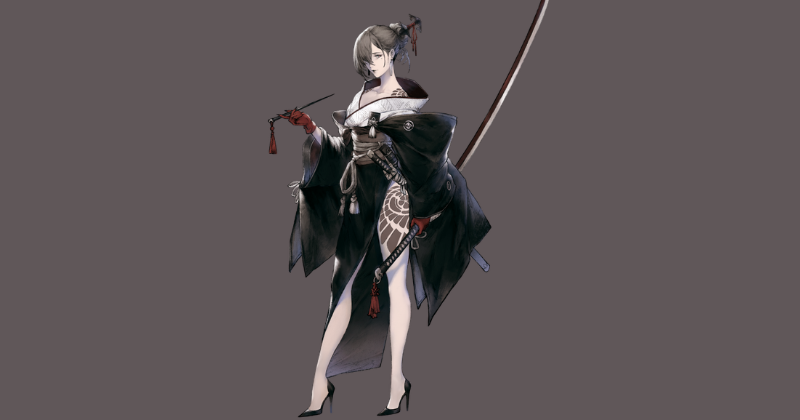 Argo has abilities with a limit of 60 seconds on starting of the battle. But he also owns the highest magnification amount of the other characters in Nier Reincarnation. Players are getting the abilities to demonstrate the highest skills on the quests with Argo, and they tend to be the short-termed battles of decisive like quests on entering to the boss battle from the arena or with the one wave quests.

However, players have to remember that Argo is becoming weak without having other assisting firepower units. It happens when the abilities are disappearing after passing 60 seconds. Argo's stats are Fio is a lower stat character than the other heroes in Nier Reincarnation. The defense ability of this character is increasing the HP of players by 11%. And character value is also lost overtime on this character. She is a character that can be used in refilling the team's combo meter and enhancing the team's attack movements. This happens because of the most vital defensive stats she holds and the potentials she has sot increase the agility of her team. This champions is known to have some of the heaviest burst damage with poison ability. So 063y is a character that deals more with high HP battles. 063y's stats are

Best Characters to Pick Up

It is always better to go for the option of top-tier heroes as they are super advanced on the gameplay, and they already have the highest powers. Among them all, we are recommending you to choose A2 as your first choice as she is doing the most significant damages to the opponents. She has an excellent critical hit rate on her enemies and has the highest fire powers in the game.

On the other hand, 2B is also a great character to choose from. She got lots of combo points on her unit. She can actually increase the attack, and every player can quickly adapt to her. And also, this character is being great because of her attack powers, and she is capable of reducing the surrounding enemies as well. 2B's attacks are rising whenever she is using up her abilities.

And the second and foremost choice should be the Frenlyse. She is a high-power attacker to the game, and she owns that power more than other characters. Frenlyse is doing an excellent y fitting into arenas, and she is overall a good combination with every aspect. As a character to Nier Reincarnation, she got the best damage dealings with the highest agility powers, and those are making her perfect into the PVP battles and for the boss fights in the game.

So if you ever want to try a rerolling method that doesn't cost you more time and doesn't make you wait for a perfect hero, you should check our Nier Reincarnation Reroll Guide.

So this is the complete tier list of Nier Reincarnation, and know that any of them cannot be identified as useless. They all have superpowers depending on each situation of the game. And even the tier C heroes are also having some kind of abilities to deal with the game. They will go well with each phase they show up, and if you still need the best hero, no problem, you can go with our recommendations as well. Use the best hero to be good at the game and make it more effective.