Punishing Gray Raven is a hack and slash game which have many unique characters to select from. All of these characters have different abilities and elements they control. If you are someone who’s looking for a character that deals both damages and heals your allies Vera Rose is a must-try character for you. Below is everything you need to understand about Vera Rose before playing her.

Everything You Need To Learn About Vera Rose: 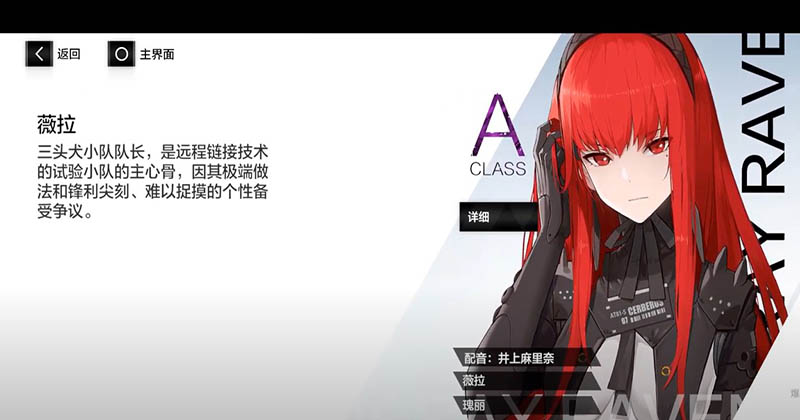 Vera Rose is a healer class dark elemental character. She deals 20% physical and 80% elemental damage. Vera Rose is an A-class character in-game even though she is a healer, her damage is on par with some of the highest DPS champs. Vera can be used both as a high DPS champ as well as all-around good support, depending on the way you build her. In-game, Vera Rose's playstyle is unique compared to other characters making her a very interesting pick.

Vera Rose is a girl with long red hair and red eyes. She has four different costumes, each rocking a black outfit. She carries two swords with her all the time; one is more traditional, while the other is mechanical.

Vera rose uses two swords, one after another, to deal damage to the enemies. When a character uses her auto attacks, she uses both her main and off-hand weapons to make multi-stage attacks. Both of the attacks will hit one another in success dealing 761.76 percent physical Damage. Allied units which are present in this field will get healed. She will heal the allies in the area for 10.29 percent of Vera's Attack power. Allies in that field will also gain 10 percent movement speed, and Dark Fields will follow Vera Rose around. The Dark Field lasts 6 seconds around Vera Rose.

Vera rose has three different abilities, which she can activate by using a three-ping or doing a perfect dodge. Each ability that she will use depends on the color of the Orb she uses.

When you use the red Orb for the first time, she will deal multiple bursts of damage, dealing 85.29 percent damage. You can increase the longevity of the ability by using one more Orb, which will increase her damage to 370.59 percent physical damage.

If you get a three ping on her and you use the orbs, she will do a fury of attacks dealing 555.88 physical damage. The physical damage, however, will be converted into the Dark attribute damage after the third Orb. Vera Rose cross slash the target dealing Physical damage, which is 102.94 percent for one Orb, 205.88 percent for two orbs, and 308.22 percent for three orbs. The target who gets hit first by this ability gets marked. When using three orbs together, all the physical damage gets converted into Dark Attribute damage.

Vera Rose QTE deals 411.76 percent AOE damage. Any allies that are within this range get healed for 102.94 percent based on Vera's rose attack damage. The enemies standing in this field will also get affected by dark radiation. Dark radiation will cause those enemies to take ten percent increased dark damage from Vera Rose attacks.

Vera Rose on Base is an A rank structure, but you can increase her to a triple S plus by fighting shards if you want to main her.

When Vera Rose ascends to Double SS, she gets an additional 20 percent Dark Attribute damage to her Dark Radiations. Hence making her red Orb ability stronger.

If you increase Vera Rose to Triple S, she gets increased passive core damage. The core passive will now increase the dark radiation damage by 10 percent.

After reaching triple S plus, Vera Rose gets increased damage for 10 seconds after using her ultimate. She also gets an increased timer on her dark force field, which increases by 4 seconds.

Tips and Tricks For Vera Rose:

Vera Rose can be a very complex character to master, but if you can do it, there aren't many characters that can outperform you. Remember always to pick a dark attribute damage-dealing character that will let you do more damage due to Vera Rose passive. Always keep a medic on your team as a supporting character as it will increase your chances of winning. You can also build Vera Rose as a high DPS character as her healing also scales with her attack damage.

While playing Vera Rose, Always use your Ability to start the engagement as it will allow you to do more damage due to its passive. Yellow Orb is more of her AOE damage and heals, so use it only when you are low in HP or have a few enemies on you. Her Red Abilities should always be cast after her blue one, as it makes for a fantastic combo. So these are some tips to keep in mind if you are willing to play Vera Rose. 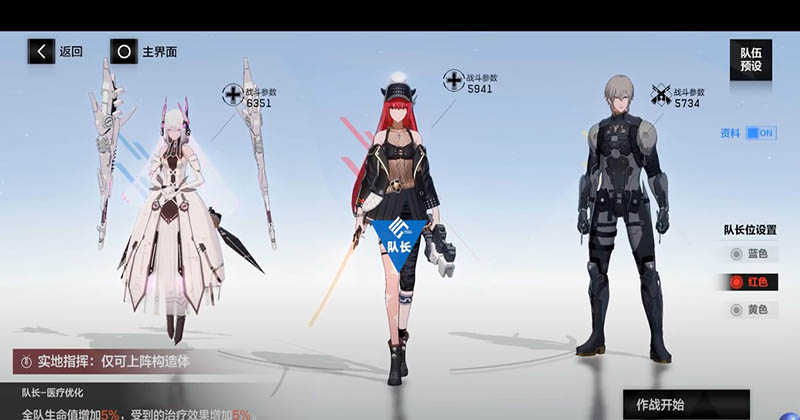 Vera Rose is a 4-star A character, so you may have ended up pulling her in the early game. Plus, she is from the base pool, so she is not really that hard to find. So if you are planning to build Vera Rose as the main character, you should, she is in the medic category, but somehow she has higher DPS than some of the attacking class. Vera Rose is a Dark damage-dealing character who synergizes well with characters like the phoenix, so if you are willing to pick her up, make some changes to your squad as well.

Vera Rose is an overall balanced character, but she can still outclass other dark attribute characters. So if you are someone who wants to play Vera Rose for fun, then build her, but if you are someone looking for a character that is best in the game, she is probably not for you. Apart from that, Vera Rose provides you with a hybrid damage dealing and healing option, which is always good to have on your team.

Vera Rose is a Medic with high Damage dealing abilities. She can be built both as a supporting character or your main damage-dealing character. Her ability to heal during battles and doing AOE damage is very useful at times. Vera Rose's dark typing and her Dark Field make so that her attack deals more damage when synergizing with another dark type character. So if you are looking for a character to a man who is good at healing and dishing out damage Vera Rose is the pick for you. If you are looking for some other characters that are good at the game, check out our Tier List on Punishing Gray Raven.