Fate/Stay night has been into a game, and now it is summoning servants as an RPG to make the battle going on. This is unique with different chapters, and the different outplays it brings day by day, and now it came with another new chapter. This is the Lostbelt 4. You are not going to engage this new chapter 4 with the same servants you have. You will be offered, new servants. The Lostbelt the chapter 4 of Fate Grand Order, is unique due to the added new servants to it, and it comes with several upgrades. Who are these coming servants, and what will they be mastered in the game? Let's have a look.

Before all, you need to play Fate Grand Order on PC, and then we will head back to the new servants.

This is the newest chapter 4, and it comes to the gaming world with added new servants. In addition to that, the game will offer servants to have skill upgrades or NP during the Interlude of campaign 9. The servants who have been tier replacement and the movement are described below. And you need to know that all these tiers will require a move on their upgrades.

Ganesha comes in Tier C, and he is the servant of first moon cancer on the general pool of summoning. She has a handy kit with 20% NP which comes with an attack buff, targetable invincibility, stars per turn, and the NP gain buffs. There will also be a self-taunting, damage cutting, and an attack buff too.

Ganesha has AOE arts NO, which can be resulting in reducing the defense of enemies. And she will restore her HP with an invincibility turn with it. Her kit consists of a multitude of effects, and it has the support, tanking, and offense abilities for the Ganesha. The masters who are within the undeveloped rosters can make use of Ganesha to NP charge support. It happens only when the tanks are available in there.

The kit's NP support is not fixable on Ganesha, but she can soak up the damage. So it would be helpful for her allies. Ganesha's damage is suffering from the classing that seems offensive class benefits, and she is suitable for the field staying. Ganesha will damage her team, but she is not the best choice for the area due to her low damage output and less support effectiveness. Arjuna comes in the tier EX, descending from heaven to give an image of an honest Burserker AOE servant to the masters. He doesn’t care if the situation is at a low NP. Arjuna can deal with severe damage to the enemies due to his special attack of debuffing enemies. That is Arjuna's first skill.

His NPs are applying to the turned Buster Resist debuffs before occurring damage. The trait of damage will be applicable for the enemies until they don't get an immunity debuff or a high debuff resist.

In addition to these all skills, Arjuna has a self-attacking system with a buff of Buster Star Gather. These two things will last until the three turns, and they can boost the damage output of Arjuna. Arjuna is a servant who has a self NP charge with him, and it is helping him unleash several kinds of NPs epically if they are fielded from the support.

The self-sustain of the Arjuna has HP recoveries per turn, and there are self-guts as well. His damage is so significant against the enemies, and he doesn't need a defense due to that.

If the challenging and farming encounters don't have an immunity debuff, Arjuna can help them by the one-sized fit solution to make the enemies disappear quickly and effectively. So Arjuna is a servant that can be considered as an upper AOE damage dealer to the game.

Lakshmi Bai is a tier C hero, and she is the first entering Saber AOE and the quick damage dealer to the game. Her kit is filled with a lot of effects on chance-based, and it is more like unreliability. Unreliability of this kit will be solved with the third skill rate of success, and it grants chance-based effects at a maximum level.

Lakshmi provides the star drop, invincibility, rate support, buff success, attack, and the damage cut to her party. She can also grant guts to her, and the AOE NP she has will remove the offensive buffs of the opponents with a decrease in their critical rates.

The biggest weakness of Lakshmi is that she is low on damage, and that is making her much challenging to be used effectively without having extensive support. Technically, Lakshmi can NP looping along with the Skadi double, and she will be the only AIE saber in the game. Her refund amounts may be complex without having access to NP support.

Awastthaman is a tier B hero, and his role belongs to the Archer class in the game. There are two skills on Awastthaman's kit, and they are giving debuffs on the normal attacking. And also, it will allow him to have multiple debuffs on himself and the enemies. This servant has a low skill cool down with him, and he has a high uptime.

The self-invincibility he has with a 30% NP gauge will charge from the max, and it will give this servant good access to the Noble Phantasm.

NP of the Awastthaman is removing the damage defensive buffs, and he will deal with significant damage when his HP is low. When there is a low HP bonus to him, it makes the Awastthaman an effective solo servant for some phases in the game.

Awastthaman is immune to the mental debuffs thanks to his passive, and his passive comes with quest facing with gimmicks. We can say that Awastthaman is a great servant to be chosen as a primary Archer to the game. 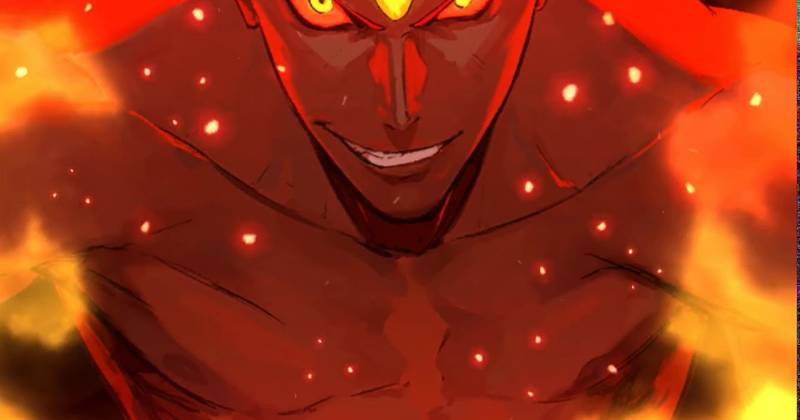 You can check out the Battle Guide of Fate Grand from here.

William is coming from Tier B, and he is an archer as ST Arts NP. He is capable of dealing with the damage bonuses to the enemies with an active evade. William has a few utility effects kits, including a skill seal and an immunity self debuff. He can generate the stars, unique buff arts, gathering stars, and critical strength as well. There is no source of NP to William, but the solid card performance of him allowing him to have full access to the NP relative consistent. So he is callable of looping the NP without the support, overkill hits, and the arts crits.

Willaim Tell can be identified as another source for the Archer, and he is fully completed with the high-tech crossbow with tactical camouflages.

Asclepius is a tier B three-star hero, and he is a caster class servant who has a supportive healing kit. NP of Asclepius is providing the guts for the allies, and those are not affecting himself. Additionally, this kit allows Asclepius to have a debuff immunity with an HP regen for all the allies. Asclepius is also rich with the 5000 HP recovery with some debuff resistance buff for single allies. So it makes Asclepius be a potent healer.

The other two skills of Asclepius are focusing mainly on NP support, and they provide NP gain buffs with NP gauges for the allies. They also have the utility effects with NP seal and the fully cleanse ability debuff for all allies. The NP's support of the Asclepius is making him a great support option on the NP loop, and his healing properties are good things to his team.  Asclepius is an excellent three-star support servant for the servants who lack NP support. Arthur Pendragon will have an upgrade on the intuition skill, and it will increase her critical stars with a three-turned critical strength buff. Buff will be small, but the welcome one will improve the necessary damage.

Osakabehime has an odd position with her supportive skills for quick servants. The Latest Interlude will give a critical strength buff, and it will compliment her services. And those are helping Osakabehime to boost the support performance of the game.

The latest upgrade of the Mysterious Heroine X will give some extra HP recover per turn ability to the first healing skill. And also, it will add the modestly valued biff of the critical strength that will work one time among all the three color cards. This will be useful to keep Mysterious Heroine X's performance steady on the game with added extra power on the critical strikes.

You can check all the available Servants from our Tier List here.

Minamoto is provided with a buff on critical strength on the top of the existing buff for the star gather. These will help the servant make the crits more than three times effective for three turns, and they are going to increase the performance of Minamoto to become a good Buster for the crit servant. And also, it can make solid flies the current placement of Minamoto to a solid AOE Buster.

Assassin of the Nightless City is gaining an NP upgraded with the latest Interlude, and it will increase her base damage higher by adding sound effects on buff removal. She is going to remain as a solid option for the ST Assassin for the game.

If you ever want to earn your favorite hero without being lagged on the standard reroll system. Choose the LDPlayer's Feature Multi-Instance Sync. This will allow the players to have their desired hero within less time, and you don't need to wait. Perform rerolls multiple times and earn your hero as fast as you can.

Fate Grand Order is changing the game with its chapter 4 Lostbelt by replacing the servants with new ones. So here is the detailed description for your new heroes, and take a chance to explore the Fate Grand Order by using these facts.

Punishing Gray Raven A Guide To Weapons And Memories